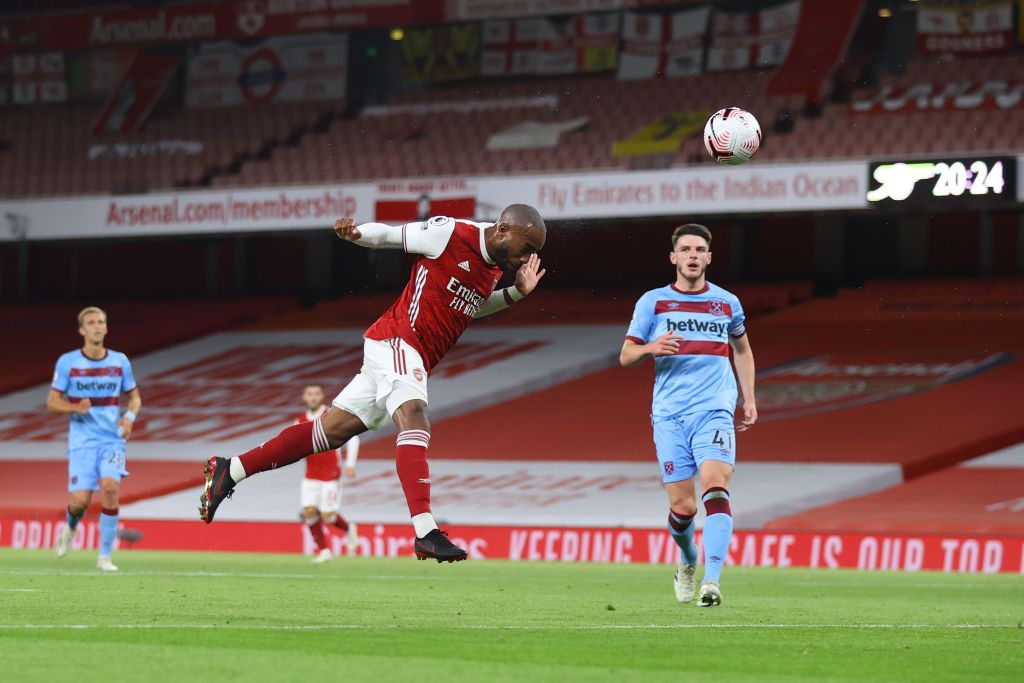 Arsenal have taken the lead in tonight’s late kick-off, but it looked it looked awfully controversial initially.

On initial viewing, the video review looked certain to be in line to rule out Alexandre Lacazette‘s headed goal, but the goal stands.

Pierre-Emerick Aubameyang played a key role in the goal of course, teeing his team-mate up with a neat cross to fire home from the edge of the six-yard box.

The evidence shows that we were kept onside by the slimmest heel which appears to have allowed us to take the lead, amd hopefully the goal will give our side some impetus to push on, as we have so far struggled to find our rhythm.

Alexandre Lacazette gets his 50th goal in an Arsenal shirt and the Gunners hit the front! pic.twitter.com/VJsAp8FDSi

😬 After a tight VAR check the goal is given, Alexandre Lacazette emphatically putting Arsenal in front.

Will the goal settle our side?