Serge Gnabry – Should Arsenal bring him back in January?

Why Arsenal Should Bring This Youngster Back From The Hawthorns!

When the announcement was made that the promising Arsenal youngster Serge Gnabry was to go out on loan to West Bromwich Albion, it was widely perceived that the German would get regular first-team football at the Hawthorns and come back to the Emirates ready to be a part of the Gunners’ squad for next season.

But at the half-way point of the season, Gnabry has hardly played for the Baggies’ first-team and it is understood that Tony Pulis is not at all impressed by the talents of the highly-rated Arsenal youngster. In fact, the Daily Mail is reporting that the former Stoke City boss is so unimpressed with the player that he intends on cutting his loan spell short and sending him back to the Emirates.

Now to be honest, I really cannot understand how Serge has not been able to get into the team at West Brom. This is a player who didn’t look out of place playing alongside the majestic Mesut Ozil and who’s impressed every time he’s come onto the pitch for the Arsenal first-team. Perhaps he doesn’t fit in to Tony Pulis’ style of play.

In any case, I really think the best case scenario would be for Arsenal to take him back in January. Clearly, Serge isn’t happy at the Hawthornes and considering our luck with injuries, maybe we can give him a game or two. The most important factor to consider here is that his confidence will certainly be affected if he continues to languish on the sidelines for West Brom.

Now although it is unlikely that he will see a lot of game-time for the Gunners’ first team, perhaps he can rebuild his confidence playing for the Under-21’s for the rest of the campaign and then going out on loan to a more suitable club next season. 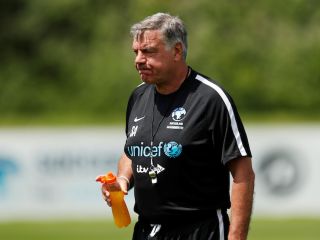