Amadou Diawara‘s agent has refused to rule out a move for his client, naming Arsenal amongst his potential suitors.

The midfielder was recently named in the Express as a player that the new owners were willing to offload, in order to raise funds to sign Jorginho from Chelsea, whilst claiming of Arsenal’s potential interest.

The player’s agent has since confirmed the interest from our club in Amadou’s signature, although he also states that he is enthusiastic to work with the new owners in Roma also, seemingly keeping all his options open at present.

“He is concentrated on his career,” Piraino told Tuttomercatoweb.

“Diawara is at a top club like Roma, where he is happy, as there is enthusiasm around the new owners.

“However, he is also liked by many clubs in England, including Arsenal.

“Being linked with certain clubs is pleasing for him, as these are prestigious sides.

“Amadou is concentrated on football and his career.”

The midfielder is supposedly in the shop window for £27 Million, and has been touted as a potential replacement for key target Thomas Partey, with his club Atletico Madrid having refused to back down on their asking price of £45 Million, which is written into his contract.

Our side is very much in the hunt for midfield reinforcements after our struggles last term, and having lost Dani Ceballos who returned to Real Madrid at the end of his loan spell.

Matteo Guendouzi also looks set to leave the club, having fallen out with manager Mikel Arteta on two occasions, despite the Spaniard only taking control of the club back in December.

Could Diawara’s availability end our interest in Partey? 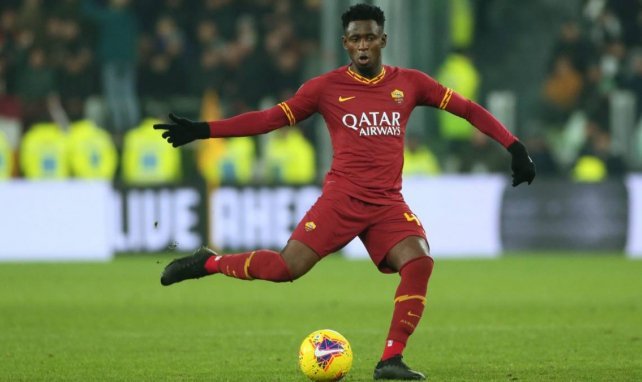