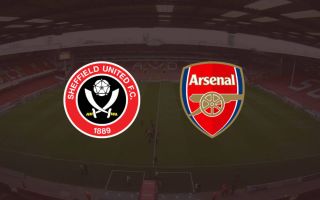 Arsenal make the trip to Bramall Lane today to take on Sheffield United in the FA Cup, where they will hope to become the second team to qualify for the semi-final.

Manchester United booked their place in the last four with their extra-time victory over Norwich City, but both of the sides today would likely prefer to wrap up proceedings in the 90 minutes.

Both Sheffield United and Arsenal have played three times since the restart only 11 days ago, and while we will both be keen to take a shot at winning the trophy, both sides are likely to rotate.

The visitors come into the match on the back of a 2-0 win over Southampton on Thursday, but with back-to-back defeats before that, they do not have the best form to fall back on.

The Blades are one of very few teams with worse results since the restart however, having yet to score a single goal in their three matches, whilst conceding six, including two consecutive 3-0 losses this week.

The confirmed teams will be really interesting for this one, as the sides could well see the FA Cup as their best chance of securing European football for next season, with both having dropped down to occupy eighth and ninth in the Premier League division at present.

With a larger roster of players expected to be used today, the players outside the immediate starting XI for Arsenal should have a distinct advantage over our rivals, and while I’m not brimming with confidence in our side of late, our opponents are very much worse at the moment.

I’m going to go with a comfortable win today, and am even calling for another clean sheet.

I wouldn’t expect many teams to have lost 3-0 in three consecutive outings before, but that is the feeling I have going into the cup encounter.

Will Sheffield United save some key players for their visit of Tottenham on Thursday in the league? Should Arsenal prioritise the cup or Premier League at this point?