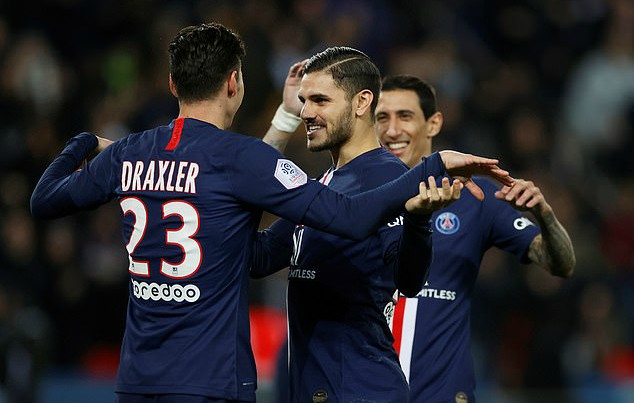 Should Arsenal accept offer of Wenger target in Guendouzi swap?

Paris Saint-Germain are believed to be interested in a deal to sign Matteo Guendouzi from Arsenal this summer, and are looking to use former Arsene Wenger target Julian Draxler as a makeweight.

Guendouzi lost his place in the first-team squad last term after falling foul of manager Mikel Arteta on two occasions, and ended the campaign training alone away from the squad.

He has since been allowed to return to training at London Colney, and could even be in contention to return to action against Fulham at the weekend, but he is still believed to be available should the right offer come in.

According to L’Equipe, Paris Saint-Germain are now considering an offer which will include Draxler, who was always touted as a player that manager Arsene Wenger was keen on, and the player himself confirmed to the BBC that he turned down a move to Arsenal some years back.

He said in 2014: “In January, there was the offer of Arsenal, but I decided to stay.

“I will do the same this summer. I want to play one year more in Schalke.”

Six years on and he is now struggling for first-team minutes with the French giants, with the likes of Neymar, Kylian Mbappe, Chupo-Moting, Angel Di Maria and Mauro Icardi all currently vying for roles in the front three.

Arsenal could now take the opportunity to land their former target in place of a player we have been working to rid ourselves of this summer, although with our club believed to be trying to raise funds to sign one/both of Thomas Partey and Houssem Aouar, we may try to secure a cash deal instead.

Should Arsenal take up the offer of Draxler for Guendouzi’s signature?

Arsenal will trigger Guendouzi’s extra year to get a good transfer fee from his sale
4 June 2021, 18:30

Guendouzi could line up alongside former Gunner in newlook midfield
31 May 2021, 20:31