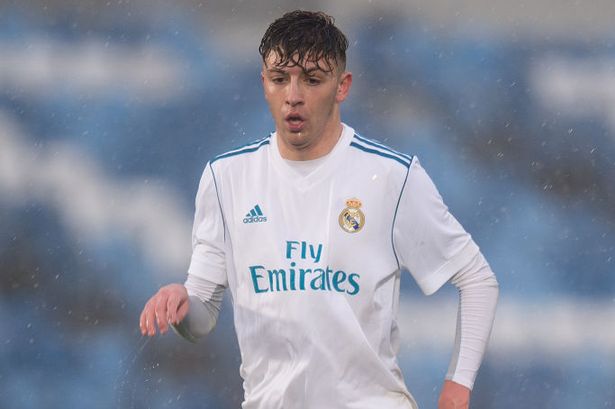 Should Arsenal be top of Spanish wonderkid’s plans?

Arsenal have unearthed a number of Spanish gems over the years, as well as youngsters from a number of other countries also, and are currently linked with a move for Real Madrid’s Cesar Gelabert.

The Under-19 star is yet to get called up to the senior side, but his performances in the UEFA Youth League have attracted attention to his ability, and Mikel Arteta is said to be keen on his signature.

Arsenal are known for their ability to blood youngsters into the first-team, highlighted by Bukayo Saka, Willock, Nketiah and Martinelli this term, but backed even more-so by previous Barcelona youths Cesc Fabregas and Hector Bellerin.

We have continued to raid Spanish giants for their top youth prospects over the years, but none have managed to breakthrough since the full-back’s emergence in 2014, with Fran Merida and Jon Toral failing to break into contention for regular action.

Gelabert could now become the latest raid on Spain, with the likelihood that he would start next term with our U23 side, while if he was to impress, the League Cup and possibly Europa League (depending on qualification) could be his opportunity to impress manager Mikel Arteta.

Gabriel Martinelli started the campaign very much on the fringes after his move from Brazil’s fourth tier, but after some extra-ordinary displays in the Europa, was able to earn himself a regular place in the playing squad, and established himself as a wonderkid within our ranks.

It remains to be seen just how much potential that Gelabert possesses, nor just how strongly Real Madrid rate the midfielder in order to try and keep him, but with Lyon and Borussia Dortmund also believed to be interested, he could well be an exciting prospect should we land him.

Should Spanish players favour a move to the Emirates due to our previous progression?