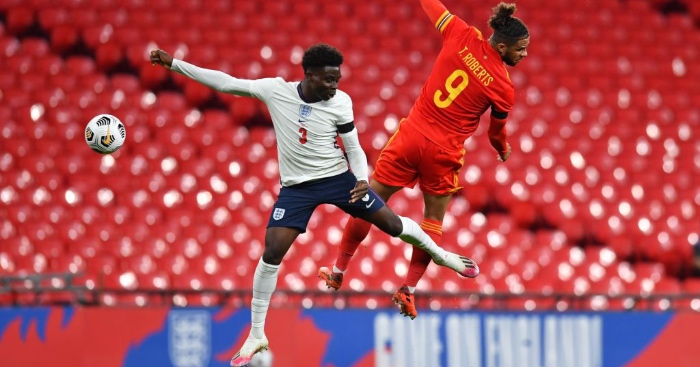 Should Arsenal fans be worried ahead of the international break? (Opinion)

Gareth Southgate has named Bukayo Saka for his latest England squad ahead of the international break next week, but the Arsenal wonderkid isn’t at 100%.

Arsenal boss Mikel Arteta has already admitted that the player has been fatigued recently, but Saka has still been playing a key role in the team due to his importance for our side.

The Three Lions are set to take on San Marino, Albania and Poland inside seven days, as they look to get their World Cup qualifying campaign off to a good start.

You would hope that Southgate will be looking to rotate his squad heavily between matches with them being played so closely together, and as much as I want to see Saka earning a first-team role for his country ahead of the European Championships this summer, I can’t help but fear the worst.

Over the years we have had numerous players return from international duty with niggles and injuries, and in a season where the entire campaign has been congested, and with extra matches to play in a small window for internationals, I can’t imagine the situation will be any better than before.

Am I alone in fearing our squad numbers after the break? Should we count ourselves lucky not to have injuries so close to the players departing for their international sides?

Arteta admits that it will be difficult to cover for Tierney’s absence
8 April 2021, 13:30