Should Arsenal go back for Zaha if Willian leaves?

Should Arsenal chase Zaha or has the ship sailed?

It feels like Arsenal don’t have a limit on how many players they need to sign and how many positions they want to strengthen at.

The club has been linked to more than 50 players in the past month, but they have somehow failed to sign a single one. Although that is expected to change soon with Nuno Tavares, Albert Sambi Lokonga and Ben White looking likely to join up with their new squad members this month.

Strong judgements can only be made after the transfer window closes on August 31. Arsenal need to work not just on outgoings but incomings too, which is crystal clear.

One such player, who looks to be available on the market is Crystal Palace’s Wilfried Zaha. Last month, it was reported that the Ivory Coast international has his heart set to leave the Selhurst Park in the current shop window.

The Gunners came close to signing him in 2019, but eventually moved for his international teammate Nicolas Pepe, after getting priced out of a move.

The million-dollar question is should Arsenal go for his signature again this summer? Gabriel Martinelli is expected to miss the start of the campaign due to his involvement in Olympic Games with Brazil.

Although Nicolas Pepe impressed at the latter stages of the last Premier League campaign, he has been largely underwhelming at the Emirates Stadium. Bukayo Saka’s England will be expected to reach the final of the European Championship on July 13th, and thus he may also miss the start of the new season.

As a result, Mikel Arteta might just have two fully fit wingers in Reiss Nelson and Nicolas Pepe (considering Willi*n leaves the club). That is far from an ideal start to the campaign.

I would have happily taken Wilfried Zaha at Arsenal, but his signing might impede the “project” we are working on of signing young players with huge potential. He’s already 28 and would have little to no resale value.

But looking at the more positive side, he can massively improve the current Arsenal squad, no doubt. He is still one of the best dribblers and carriers of the ball in the league.

His Carries into Final Third and Penalty Area is impressive at 1.83 and 1.69. He has also drawn 3.38 fouls from the opposition per match which is an exceptional number in world football. Players like Zaha immensely help a team when they are sitting on a low block. The 28-year-old is one of those players who can make a difference on their own. 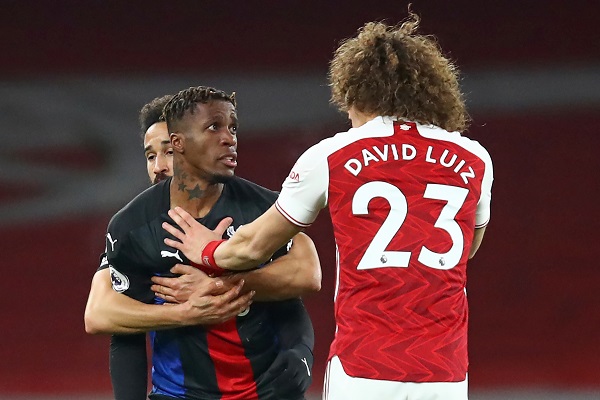 The Crystal Palace star’s defensive numbers are also impressively good, which proves that he can adjust to the ‘Arteta style.’

There are many positives as well as downsides to acquiring the services of Wilfried Zaha this summer. Do you think Arsenal should chase him? Or do you think that we should sign a younger profile than the former Manchester United man?

Or are you one of those who are satisfied with what we already have on our plate?

The attacking wing position is clearly not a priority. But if the correct opportunity comes, then Arsenal should definitely look at it.