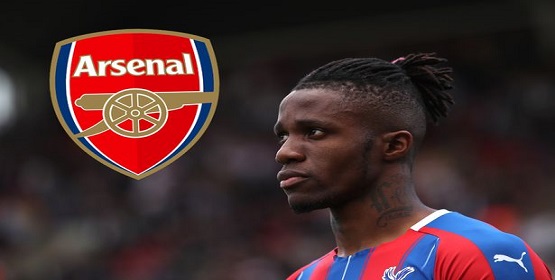 Should Arsenal have bought Zaha instead of Pepe?

It was well-known throughout the summer transfer window that Wilfreid Zaha was desperate to join Arsenal after it was made known that we had made an opening offer, but despite Zaha’s pleas the Gunners refused to up their offer, but instead paid a hell of a lot more for Nicholas Pepe from Lille.

Pepe had a fantastic last campaign in France but it is obviously taking him a while to settle in London and the Premier League (in direct contrast to the young Martinelli who came from Brazil), and despite his two excellent free-kicks the other night, has only scored once in the EPL, and that was from a penalti.

But Zaha also has had a lacklustre start to the season at Palace, but I think that may well have something to do with him not getting his desired move to the Gunners in the summer. Roy Hodgson has been talking about the Arsenal bid ahead of tomorrow’s big game at the Emirates. When asked if a deal was close in the Daily Mail, he replied: ‘Not very close at all as far as I know,’

‘I believe that the money that was offered which was widely reported was reasonably accurate, and of course that was way below our valuation.’

‘Maybe when they made the offer for Wilf their situation was x, and then possibly things happened during a period of time and their situation changed and maybe more money became available. I have no idea. I can’t speak for Arsenal, for their intentions.

‘If you really wanted to know how serious, how anxious they were to sign one of our players, they will have to answer the question.

‘But as far as Wilf is concerned, I think he needs to make certain that he gives his very best and shows off his talents every time he plays, because there are lots of teams out there looking for good players, and if he wants to attract one of those clubs, he needs to perform at the very highest level.

‘I don’t think the fact it is Arsenal will change his performance enormously – I would hope not, because I’m expecting his performance to be very good against all the teams we play.’

So, maybe Zaha will be hurting over his treatment from Arsenal, but the fact is that if we paid 72m for Pepe, we surely could have gone that high for Zaha? And maybe would have got him.

So what is the verdict? Did we go for the wrong man?