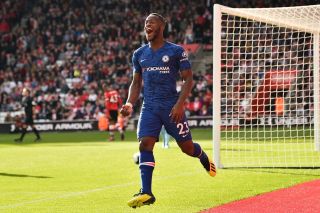 Should Arsenal look to Chelsea for star deemed surplus this summer?

Chelsea have supposedly named their price for Michy Bathuayi, amidst strong reports claiming they have arranged a deal to sign Timo Werner from RB Leipzig.

The Blues are claimed to be closing on a deal to sign the German international ahead of the new season, with Chelsea looking to to secure his signature before the deadline on his current minimum fee release clause.

Usually you would write off any supposed transfer talk at this stage of the campaign, but with the Coronavirus pandemic having delayed the campaign, the situation has changed.

The Guardian states that the £53 Million release clause expired on June 16, which is why the reports must be taken seriously.

The Leipzig striker’s arrival in West London will seal the departure of Michy Batshuayi, with West Ham claimed to be favourites for his signature.

The Express claims to have the exclusive on Michy’s £40 Million asking price, but I’m struggling to believe that they would think that was a fair asking price.

Not only are clubs expected to have been hampered financially by the Coronavirus pandemic, and recent loss of matchday incomes, but the fact that Michy Batshuayi has only 12 months remaining on his contract will surely lower their strength in negotiations.

Arsenal on the other hand are believed to be on the lookout for a new striker, with question marks remaining over the futures of Alexandre Lacazette and Pierre-Emerick Aubameyang.

Our club will most likely need to replace such a departure in the coming window, and Michy could well be a clever signing.

While Batman has struggled to find any consistent form for the Blues, he has shown elsewhere that he has the ability to be the main striker, and under the right manager, I do not doubt that he would flourish.

Michy started the season as second-choice at Stamford Bridge, but was challenging in the early part of the campaign when impressing off the bench, but seemed to become disillusioned with his role.

I think Arsenal could do a lot worse than make a move for Michy this summer, assuming that Chelsea will be forced to reconsider their asking price, but I certainly wouldn’t choose to take a risk on Michy if the option to keep both Aubameyang and Laca was possible.

Have Chelsea failed Michy? Will he prove a hit for his new club? Should Arsenal consider his signature?