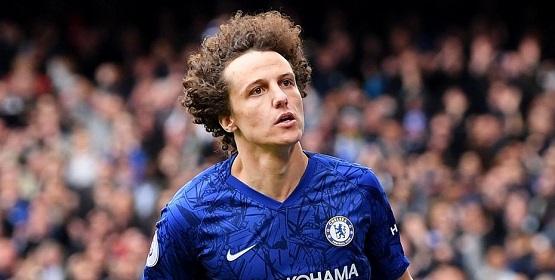 Should David Luiz be named as an Arsenal captain?

I have a routine that I undertake each day when it comes to Arsenal, I check the news sites, visit some of my own personal Gooner websites, Untold Arsenal as an example and check out the latest videos on Youtube, normally from AFTV.

Today, I checked the news, mainly rubbish and clickbait, as usual, read a few articles and then jumped onto Youtube and saw that Claude and Ty have done a video for AFTV titled David Luiz for Arsenal Captain?

Now, I have yet to watch the video and so have no idea what they have said and this article is in no way a reflection of their comments.

But it got me to thinking, should David Luiz be the Arsenal captain?

Well, anyone that has read my previous posts on the Brazilian will know I simply do not rate him as highly as some do, I do not think he is good for Arsenal long term and believe he is a liability these days and therefore it will come as no surprise to anyone that I am vehemently opposed to Luiz being named the Arsenal captain.

For starters, I simply do not see him a true Arsenal player, to me, he is a Chelsea outcast that we have picked up.

I know some will say that is being silly but I felt the same about Petr Cech as well and cannot change my belief system.

He is an Arsenal player now and so I will support him every time he pulls on the shirt but it does not mean that I have to delude myself and claim that he is some sort of fantastic player with outstanding leadership qualities.