Should the Ox now be an Arsenal starter? 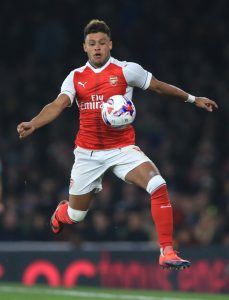 The Arsenal boss finally allowed Alex Oxlade-Chamberlain to play the whole 90 minutes of Saturday’s win at West Ham United and rewarded Arsene Wenger with an excellent performance and even a very well taken goal.

It is a sad fact that after last season’s unconvincing form, it has taken a long time for him to regain Wenger’s trust, and in the six games he has started in this campaign he has been substituted in five of them!

But it would now seem that Wenger is impressed with him again, even though he was playing in an unfamiliar position on the left wing, and his goal was actually his sixth of the season!

“He has made a lot of progress this season,” Le Prof said after Saturday’s game. “He plays with a freedom and power. When he wins the ball in your half he has that power to get you out. I hope that continues for him.”

So what do the fans think of his performance? He was chosen ahead of Alex Iwobi who has been inconsistent so far despite being a regular starter this season. Could he possibly make the left wing his own for the rest of the season?