Since when were Arsenal happy to only lose 1-0 at home?

Did Arsenal Play For A 1-0 Defeat? By Dan Smith

I have written numerous times, “to be a big club you have to think like a big club.”

We didn’t think like a big club against Man City.

In my predictions post I had so little faith in us getting a result I said I would have accepted a loss where our confidence isn’t destroyed, such is the importance of Benfica on Thursday.

I thought that would be a case of ‘you play, we play’ with the League Leaders eventually overpowering us, as they are simply better.

Instead we seemed to just accept a 1-0 defeat as a compromise to not being humiliated. How many games at the Emirates can you remember where we would settle for a defeat?

Even I used to criticise Arsene Wenger for not changing his tactics depending on the opposition. The Frenchmen had so much faith in his ethos, he wouldn’t sacrifice his principles for no one.

I would much rather see my team try and play football and die on their sword, than ever do what we did this weekend. 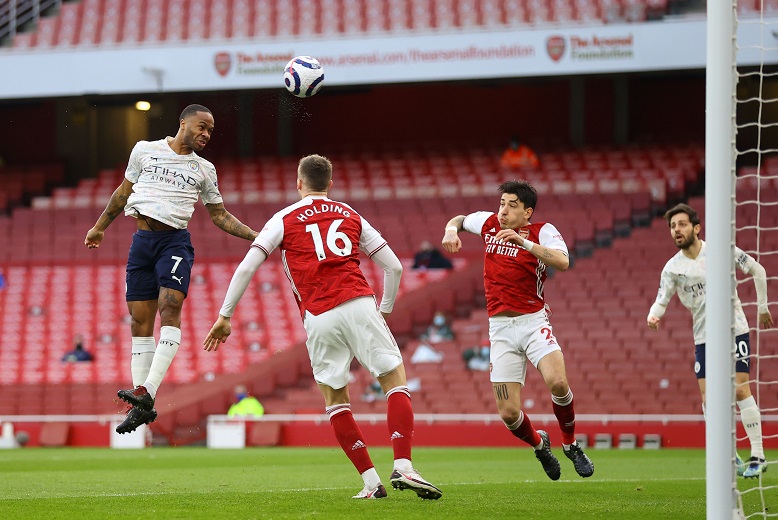 If you think I’m over reacting, look at David Luiz’s reaction at full time. Laughing, high fiving the opposition, playfully ruffling their hair. This is one of our main dressing room leaders, a potential future coach, showing zero hurt.

I’m not saying you shouldn’t talk to the opposition, but I can worry why a personality who our youngsters look up too doesn’t seem embarrassed by an 11th loss in the League which keeps us in 10th! I can’t help but wonder when he was at Stamford Bridge would a gap of 26 points between them and 1st be funny?

What about 11 points behind 4th?

The answer is a Terry and Lampard would set standards where that would be unacceptable.

Our reaction to our latest defeat (including by some gooners) has created an environment where players now think it’s okay for Arsenal to be 10th.  I been told that captains like Vieira and Keane are gone, but is it too much to ask someone at the club to be bothered?

Based on body language I would say only Xhaka and Tierney showed any pain in continuing to represent the worst Gunners squad in over two decades.

I want Arteta to succeed, but have admitted for a while if he was sacked, I couldn’t argue with the decision. The Spaniard is lucky that his employers don’t care where we finish as they get a part of a billion-pound TV contract regardless.

Some supporters won’t admit we have gone backwards since Mr Wenger left because it’s hard to admit your wrong. Yet common sense says if you were unhappy with ‘only the top 4’ in 20 out of 22 years then 10th is even worse?

We have lost 11 out of 24 League Fixtures. To put that into perspective; since the Premier League became a 20-team format only once have we lost more games (13 out of 38). We still have 14 games left!

We were promised we would be competing with Bayern Munich by now, that’s why we left Highbury. Instead we are losing at home regularly, and will be in the bottom half if Leeds win their game in hand!

But it’s okay because we only lost 1-0 to Man City.

A Big club would say ‘enough!’

Be Kind in the comments…