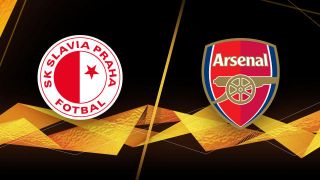 Arsenal will make the long trip to the Czech Republic this evening for their crunch match with Slavia Prague.

The Gunners failed to take advantage of their dominance in the home leg of the encounter, suffering a late equaliser to mean we will need to either win today’s match, or play out a 0-0 draw to go through inside 90 minutes, with the chance of going into extra-time with a 1-1 scoreline.

The Gunners ended a four-game winless run at the weekend when beating Sheffield United in the Premier League, and that game also ended a run of 14 matches without a clean sheet also.

Slavia Prague on the other hand have remained unbeaten in their domestic campaign thus far with 21 wins and five draws in the Czech First League, and could potentially be crowned league champions within the next two gameweeks.

They have already eliminated two British sides from the Europa League this term also, beating Leicester City and Rangers in the two knockout rounds prior to this one, although both times around they won away from home, drawing in the Czech Republic.

Arsenal on the other hand have only lost once in the entirety of this competition this term, winning all six of our group games, with Olympiacos 1-0 win in the second leg not enough to overturn our lead taken from the first leg as the only scalp.

While Slavia have some exciting players, the depth of the Gunners squad shouldn’t be understated. We should be able to stamp our authority here, and make our dominance count.

We were the better team in the previous match, I expect much of the same today, but with more focus in front of goal.

I don’t believe we will be in a hurry to force the issue early on, but once we begin to assert our dominance on the game the goal will come naturally. That will force Slavia to come at us and that can only mean more goals.

I’m predicting a 3-1 win today, although I wouldn’t be shocked that more goals could come once we get going.

Is anyone expecting a tight encounter? Early predictions?