Poll: So who should be Arsenal’s front three against Stoke now? 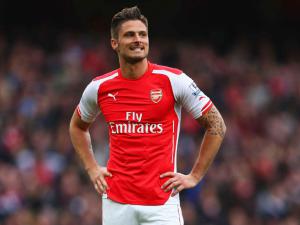 So poor old Arsene Wenger has got some selection headaches ahead of him after making seven changes to the Arsenal team that scored five against West Ham at the weekend. Alexis Sanchez started as centre-forward in that game and scored a hat-trick.

Last night Lucas Perez was given that position and equalled the feat against Basel, giving him the impressive record of scoring 5 goals after making just 5 starts (and 3 subs appearances).

Alex’s display against the Hammers gives him a total of 13 so far from 19 games, and even poor old Olivier Giroud has got 5 from just 2 starts! But he has been a supersub coming off the bench 10 times.

Even amongst the wingers we have Theo Walcott on 9 goals (15 starts + 2) and Alex Oxlade-Chamberlain is on 6 (10 starts + 10). And of course Mesut Ozil is undroppable and has 8 goals to his name as well from his Munber 10 position (and is not included in the poll). Poor old Iwobi only got his first goal of the season last night but still has his qualities….

So picking the three starters in the forward line is nowhere near as straightforward as we think it is, so let us see who you lot think should be the starters against Stoke. Maybe we should just pick our best three players? Or even start Giroud and rest the best as we have another game against Everton on the following Tuesday? Pick any three…..

Who should be the Front Three against Stoke City?