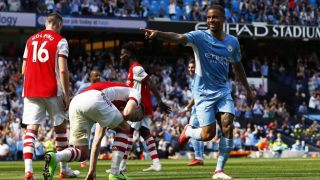 Arsenal has just been beaten 5-0 by Manchester City in one of the worst performances from them in a while.

After thrashing West Brom 6-0 in the Carabao Cup in midweek, the fans had been confident that the Gunners would put up a spirited performance against City this weekend.

They started as the brighter side before conceding the first goal and they couldn’t get their rhythm back.

Granit Xhaka was eventually sent off in the first half as Arsenal went into the break 3-0 down.

Their fans would have expected a much better second half, but that never happened.

City scored two more goals and conceded none to see Arsenal earn a third straight loss in as many games this season.

The Gunners’ defeat has plunged them to a new low and increased the pressure on Mikel Arteta.

One of the stats behind their season shows that only the Gunners and Shrewsbury Town have played 3 games among the 92 clubs in the England league pyramid and haven’t scored a goal. Here are some more depressing stats:

Only two of the 92 teams in the football league have played 3+ league games this season and are yet to score:

A new low for the Gunners. pic.twitter.com/NFP4mOKXOK

For the fourth time in their history, Arsenal have failed to win each of their first three games to start a top-flight league season:

2 – This is only the second time that Arsenal have both had a man sent off and been 3+ goals behind at half-time in a Premier League game; the other was a 6-0 defeat at Chelsea in March 2014 (4-0 at half-time). Ugly.

2 – Arsenal have fallen 2-0 behind within 12 minutes against Manchester City, the earliest they’ve conceded twice from the start of a Premier League match since December 2017 v Manchester United (11 minutes). Napping. pic.twitter.com/QqmGLD2cGJ

4 – Since the start of the 2016-17 season, no player has been sent off more often in the Premier League than Granit Xhaka (4, level with Fernandinho and David Luiz). Reckless. pic.twitter.com/oG2sscv9tD 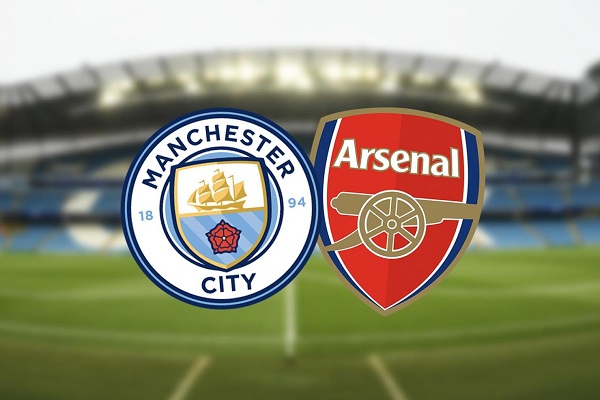