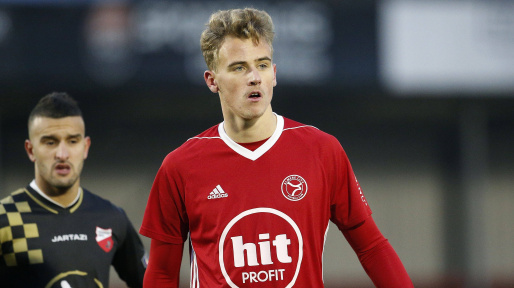 Arsenal fans will forever be grateful to Dennis Bergkamp for what the Dutch attacker helped their club to achieve.

He remains a cult hero with most Arsenal fans and it will have been an amazing sight if his son had followed in his footsteps to play for the Gunners.

The club offered 22-year-old Mitchel Bergkamp the opportunity to play for the team that his dad enjoyed so much success with, but he couldn’t earn a contract.

Goal.com is claiming Mitchel was on trial at Arsenal for around a week, but he was unable to impress the club’s coaches enough to earn a deal.

He had been training with Steve Bould’s under23 side in hopes of earning an Arsenal contract.

But his performances weren’t good enough for the managers to offer him one.

That means the club’s fans will have to wait and see if Bergkamp senior can return to the Emirates in a backroom capacity before they will see a Bergkamp at their club again.

Mitchel played last season at Dutch second-tier side, Amere City and he had been hoping that he could land an Arsenal deal to further his career in a more high-profile league.