Souness rips into Arsenal player for lack of awareness against Tottenham

Arsenal players looked very confused for much of their north London derby loss to Tottenham this afternoon.

The Gunners were cut apart by Jose Mourinho’s league leaders and one occurrence close to half time showed how unorganised the Gunners were.

Thomas Partey had picked up an injury, curiously, the Ghanaian decided to walk off the pitch instead of laying on the floor to get treatment.

As he walked off, Spurs broke on the counter and Mikel Arteta tried to force him back to stop the attack, but it was too late and Harry Kane scored Tottenham’s second and final goal of the game.

Graeme Souness wasn’t impressed by Arsenal’s handling of the situation and slammed Granit Xhaka for not being aware of what had happened with Partey.

He claimed that the Swiss midfielder should have been looking at where his team was vulnerable which would have kept him in the know about what had happened.

‘Big players, leaders, don’t allow that to happen on the football pitch,’ said Souness as quoted by Mail Online.

‘All the time you’re looking over your shoulder, “where are we vulnerable?”. But they just empty the space, [Giovani] Lo Celso picks it up, “on you go,” 2-0, game over, possibly.’ 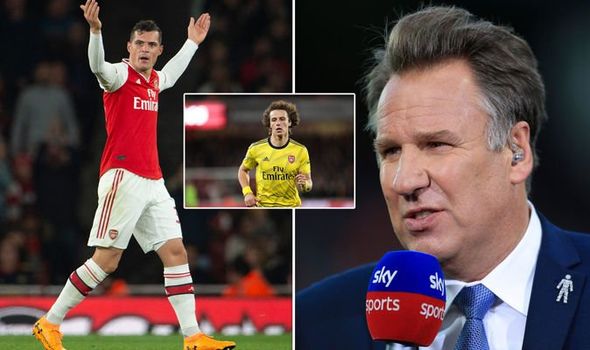