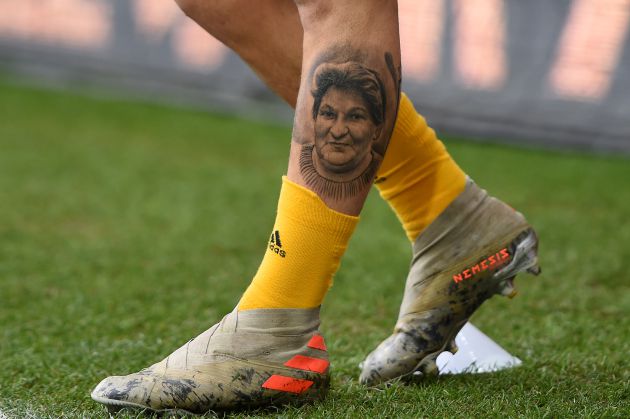 The 25 year-old hasn’t been enjoying the best campaign, leaving the Gunners to join Atletico Madrid on loan after struggling to force his way into Mikel Arteta’s first-team plans, before Pep Guardiola limited him to only three starts in La Liga since October.

Things went from bad to worse this week when he mother was initially admitted to hospital in Fray Bentos, before Ovacion reported to have passed away on Tuesday.

The Gunners star has previously admitted that Boca was his boyhood club growing up, stating that he has always had ‘passion’ for the club.

He told ESPN in 2020: “This love for Boca was born many years ago. We are a very soccer family and Uruguayans consume a lot from Argentina, we watch that football a lot and I have been passionate about Boca from a very young age, I like the Boca world.”

It remains to be seen whether his recent loss will lead him to consider returning closer to his family, or whether he will return to Europe this season and continue to fight for his dream, but I don’t imagine Arsenal would stand in his way if he did decide that a move to Boca was what he wanted.

Arsenal accused of costing midfielder his place in the national team
21 September 2021, 22:31