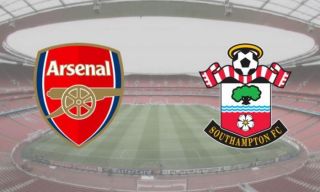 Arsenal make the short trip south to the St Mary’s Stadium this evening, in a fixture growing with importance.

After back-to-back defeats since the restart, the Gunners will be desperate to get back to winning ways, with their hopes of qualifying for Europe getting slimmer by the day at present.

Our side has dropped down to 11th in the division at present, albeit with a game-in-hand over the majority of those above us, with nine points separating us from the European places.

Our team has also been ravaged by injuries of late, with Gabriel Martinelli, Pablo Mari and Bernd Leno recently succumbing to likely season-ending injuries, and Granit Xhaka joining Sokratis and Cedric Soares on the sidelines currently also.

David Luiz is suspended for the tie, along with Southampton’s Moussa Djenepo, but the Saints will be blessed by the fact that they have zero players currently unavailable through injury.

Southampton come into the tie having won their only fixture since the restart, coming away comfortable 3-0 victors over Norwich on the weekend, although the Canaries seem a little too comfy in propping up the rest of the table.

The hosts can actually draw level on points with us with a win tonight, but a loss would leave them 10 points clear of the drop zone with seven matches left to play, which should mean that they have little pressure going into tonight’s match.

Arsenal will not be feeling too comfy going into tonight’s encounter knowing that they have an ever-growing defensive issue with injuries and a lack of organisation, while knowing their opponents have one of the most in-form strikers this term.

Danny Ings has as many league goals (16) from open play as our very own Pierre-Emerick Aubameyang, while the Gabonese forward has clocked up around 400 more minutes than his rival.

While neither side will be overly confident in securing all three points tonight, one team SHOULD be primed to show the fight that has been missing in recent games, and Arsenal’s overall ability should steer them to victory.

I’m going to go with a far-from easy 3-2 victory over our rivals tonight, with Nicolas Pepe, Aubameyang and Ings all getting themselves on the scoresheet.

Will Arsenal stop the rot tonight? Does anyone predict an unlikely clean sheet for either side? What is your score prediction for the trip to the south-coast?