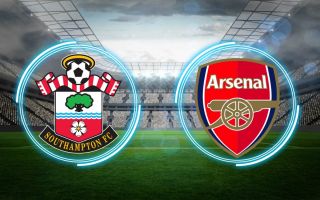 Arsenal will be looking to seek revenge after Southampton knocked them out of the FA Cup on Saturday, as they face them inside their stadium for the second time in four days.

The Gunners will have their strongest line-up starting today’s match, although we are missing the odd player as noted in our Confirmed Team News.

Before the weekend, our side had remained unbeaten since Boxing Day, picking up five wins and a draw in that time, but the loss to Southampton on Saturday may have taken the wind out of our sails a little.

Arsenal were hoping for an extended run in the FA Cup as we looked to defend our triumph of last season, but it wasn’t to be.

Southampton’s form before the weekend wasn’t looking too great either with just one goal in their last five league fixtures, but thanks to two victories in the FA Cup inside a week, they can now boast three wins from their last four matches in all competitions, including three clean sheets.

Arsenal know that the Saints are not to be underestimated, but they had looked like they were losing form previously, but that can no longer be considered.

Our side will need to be at our best to collect all three points against Ralph Hasenhuttl’s extremely organised side, but as long as we bring our recent league form with us, we should have every chance.

While I expect a strong battle this evening, I can’t separate the sides, and predict that we will struggle to come away with the win. I can see the game ending 1-1, but I of course have hopes that we will be able to take the early lead, and use our advantage to assure ourselves of the win, but nothing is guaranteed this evening.

Am I giving too much respect to Southampton? What are your early predictions for the evening encounter?