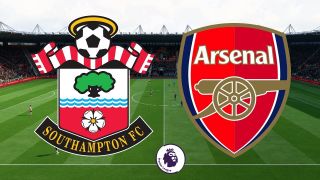 Arsenal will make the short trip south to take on Southampton at the St Marys Stadium this evening without as many as four players.

We will be looking for a better result than the one at the weekend, when we played the same opponent in the same arena as we do this evening, although the starting line-up on our end will look much different.

We will be without Pierre-Emerick Aubameyang again, who withdrew from the FA Cup clash due to personal reasons which remain unknown, although Arsenal.com states a family issue that is being dealt with.

Pablo Mari and Dani Ceballos are also missing, although both are expected to return to full training this week after enduring calf injuries.

Kieran Tierney is also expected to miss out, although the website appears to state that the extent of his woes are being assessed. The wording isn’t clear, but he sounds like he will also be missing today’s encounter.

I’m pretty certain on seven of these slots being bang on, while the two full-backs, Luiz and Xhaka could well be wrong. Soares has impressed in recent weeks, and I expect he will play in one of the wide roles, while AMN could also feature on either side depending on the manager’s thinking.

Gabriel Magalhaes doesn’t appear to be back to 100% just yet, which I expect will allow Luiz to return alongside Holding as he did against Newcastle in our previous league match. Xhaka also looks likely to hold onto his role, but with Partey back in the fold, Elneny could well start to pick up more regular minutes.

The attacking spots should be nailed down with no Aubameyang in the mix, especially with both Willian and Pepe both failing to excite at the weekend.

Could we see Saka return to LB if Tierney remains sidelined? Who do you believe is the best partner for Partey in the middle?

“Today they got it right” Pundit impressed with Arsenal’s performance against Southampton
27 January 2021, 17:00