Arsenal will make the short trip south to take on Southampton today, with a place in the fifth-round of the FA Cup up for grabs.

The Gunners were the last team to find out their opponents for the fourth round with today’s opponents beating Shrewsbury Town on Tuesday to book their place in today’s fixture, beating the lower-league side by a 2-0 scoreline.

It remains to be seen if either side will be fielding a fully-strength line-up, but you would expect us to at least look to rotate in a number of positions, but we will still have a strong enough team on the field.

We come into the tie in a rich vein of form, with five wins and a draw since Christmas Day, and without having conceded a single goal in their last five fixtures.

The Saints have also conceded in only one match since Christmas, in a 2-0 loss to high-flying Premier League challengers Leicester City, but have struggled for goals, scoring just three times in that time (two of which were against Shrewsbury Town this week).

This is a tough fixture to analyse without knowing the extent of rotation in use by both sides, but I feel like the Saints confidence will not be at it’s best thanks to their recent form, but they will still likely prove tough to break down.

I’m going to go with a 1-0 win, which should not only match-up with the form lines, but would also make sense due to the ways in which the teams setup.

What are your early predictions for the cup clash? 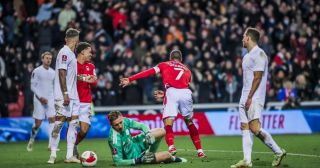 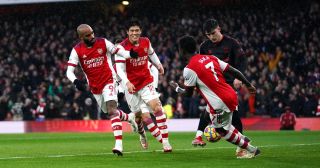