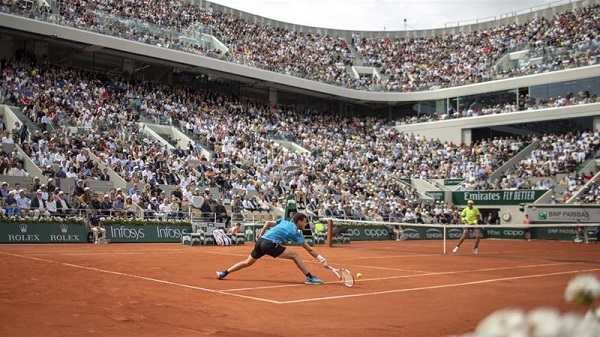 When sport finally resumes there will be a massive roll-out of huge sporting events that will be squeezed into a very short time frame, simply so they can catch up and start earning money again. For those that stay at home, they will get a feast of TV sport to savour.

No doubt some have found an outlet online, be it at the online casino Singapore or binge-watching the Ozarks on Netflix and have coped admirably with the absence of sport, however, wouldn’t it be nice if we could do both, watch sport and continue with our other new foundactivities?

I keep thinking about a variety of different scenarios, all the Golf Majors played in one month, well the ones that have not been cancelled entirely, F1 races twice a week maybe, every football season finished in a month, apart from Belgium of course, Tennis majors, UFC, Darts, Snooker, Rugby, Cricket, the list is absolutely endless and all need to play catch up in a very short time frame.

The danger of all this is that one could develop some sort of resistance to the excitement of a major sporting event, I mean, no time for that pre-event build-up, all the anxiety and nervousness will simply fade away, everything would more or less become a standard fare. A major in tennis or golf would look just like a normal competition if one is flooded with them.

Imagine a schedule over a one week period if every sporting event was resumed worldwide by say, July 1st.

Literally, every day of the week would be full of every sport you can think of, you could easily get a scenario where every single day there would be Premier League games, throw in all the other leagues and we could be talking about 50 top-level games day in day out. Football will lose too much money if they do not finish their respective seasons, that is a cold hard fact.

Then add into the mix every other sport, I struggle to think how the TV stations will be able to schedule all these events without massive TV clashes going on absolutely everywhere.

That said, even if one does become flooded with choice and maybe even a little fatigued with sport once it is thrust in our faces 24/7, it is still better than to continue having to suffer no sport whatsoever.

If there was ever a time to start using online calendars it is now, everyone has something they can use on their devices whether it is a laptop or mobile and I have already started building mine, I know the tentative schedule restarts of most sports and have already added those, which I have to update regularly.

I may not know exactly when sport will resume properly worldwide but I do know that it will and I for one will be prepared.