Arsenal managed to finally land Thomas Partey from Atletico Madrid after a long pursuit of the midfielder.

The Ghanaian has been the club’s top midfield target for a long time and he is expected to be the final jigsaw that completes the puzzle for the Gunners.

If Arsenal expects him to become an upgrade to their current midfield options, then they will not be disappointed. This is because the Ghanaian midfielder beats every midfielder in his new team in different stats.

Sun Sports made a comparison of his stats and that of the midfielders he will meet at the Emirates from the 2018/19 season, and they were no match.

The closest player Arsenal had to some of the Ghanaian’s stat was Granit Xhaka who is expected to become his crime partner in Arsenal’s midfield.

Partey looks like the player that Arsenal has been yearning for since they lost Patrick Vieira. 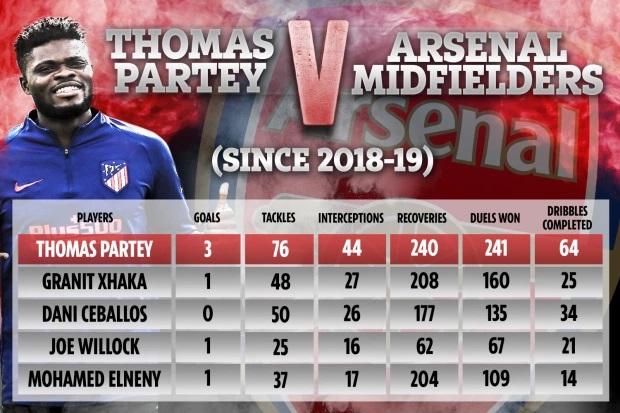