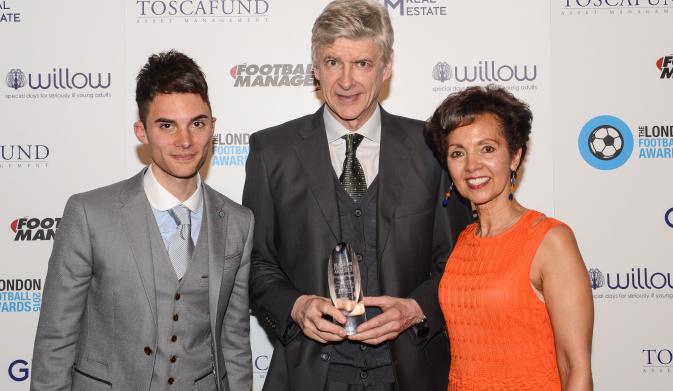 The Arsenal nominations revealed for the London Football Awards

The yearly London Football Awards are coming up in early March at the Roundhouse, and all the nominations were revealed by the legendary Arsenal goalkeeper Bob Wilson on Friday night. The awards are a charity do to support the Willow Foundation which was set up by Bob and his wife Megs, to support seriously ill 16-40-year-olds to fulfil uplifting and unforgettable Special Days.

Bob was quoted as saying: “The London Football Awards is an opportunity to celebrate the achievements of our nominees, as well as the outstanding community work by the clubs and county FAs. It’s been a challenging season so far for the capital’s clubs and I’m looking forward to celebrating their successes on 5th March. The London Football Awards is a vital event to support the work of Willow in raising important funds to provide Special Days for seriously ill young adults. We are looking forward to an unforgettable evening of football and entertainment, at the iconic Roundhouse.”

The Arsenal staff that have been nominated include Pierre-Emerick Aubameyang for Player Of The Year. For Manager of the Year, obviously there won’t be any votes for Unai Emery, but Joe Montemurro (coach of Arsenal Women FC) will come up against Frank Lampard.

Bernd Leno is up for Goalkeeper of the Year, and unsurprisingly Gabriel Martinelli is a candidate for Young Player of the Year, but will face stiff competition from Chelsea’s Mason Mount and Tammy Abraham, who have both also had amazing seasons so far.

If you fancy supporting Bob’s Willow Foundation and to rub shoulders with some of the major stars of London Football, then tickets and packages are now available, with prices starting from £250. For more information and to book tickets, please visit: londonfootballawards.org.