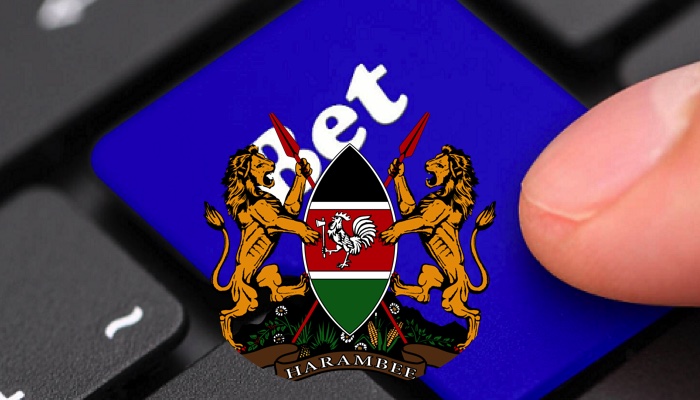 The betting industry in Kenya has been decimated by the coronavirus

Kenya and the rest of Africa are obsessed with betting on Premier League matches, and there are millions of Arsenal, Chelsea and Man United fans spread across the continent. But with the Premier League and all other top European Leagues suspended for the moment, most online betting in Kenya has ground to a halt.

Considering the annual turnover of the betting industry is worth at least $2 billion in Kenya, there is a massive strain on the bookmakers that are trying to stay open to safeguard jobs, but the situation cannot carry on indefinitely without government intervention. Even if the big football Leagues were still in business, the income of most families have taken a big hit, leaving less money for betting as it becomes harder to just keep surviving during this crisis.

There are also other considerations with the lack of chances to hit a jackpot, as a West Kenyan cafe owner admitted to the BBC: “It has helped me save a bit more because the money you’d have lost remains with you.” said Meshack.

“I bet on English Premier League, Turkish league, Bundesliga, La liga, all the major ones and even the Brazil and Chilean leagues, basketball and ice hockey.”

“For us youth – and the majority of Kenyans – there are no jobs so you place your hope [in betting] that you could win a jackpot and uplift your life. That hope is shattered for now.

“Definitely with no sporting action, it’s boring that there’s no betting.”

But there are still some things to bet on, for those who simply must have their daily fix. Of course there are casinos online, although there are not the same amount of online gamblers in Africa as there is in Europe, but there is still the Belarus Premier League providing some action, thanks to the Belarusian President Alexander Lukashenko, who has resisted calls for a nationwide lockdown, calling fears of the coronavirus epidemic a “psychosis” and suggesting vodka or a sauna would help! They may be playing on, but the fans are not flocking to watch the live games as most fans may not have the same faith as their president.

Kenya’s betting industry has already taken a big hit from their government, who has increased taxes on players and bookies last year, which caused one of the biggest African bookmakers, SportPesa, to take down their website in Kenya and cancel most of their sporting sponsorships, including their Everton shirt deal.

Amazingly, there has only been 7 confirmed deaths due to coronavirus in Kenya, and hopefully their early banning of crowds and travel they can get things back under control quickly, because the longer this goes on the poorer the population are going to get. President Uhuru Kenyatta is taking a very hard line and has openly said that he hopes a deputy governor arrested for ignoring rules to self-quarantine will get a 10-year jail sentence.

A total lockdown has been imposed on Lagos, where most of the coronavirus cases have been located, and the police there have been severely criticised for being over-zealous, and actually shot dead a 13 year old boy who was standing on the patio of his own house. The government have ordered a probe into the incident, and they are trying very hard to contain the virus. The Deputy President took to TV and social media yesterday with a plea to the nation: “Coronavirus can’t move, it needs our bodies to transfer from one place to another, curtailing our movement will hugely prevent the movement of this virus…” he said on Citizen TV.

Africa, though, is far behind Europe in terms of infections and deaths, so there is always that possibility that there could still be a sudden big outbreak, especially in a place like Lagos, which had an official population of 21 million back in 2016, while Nigeria has 190 million, which is three times the number in the UK.

It could get a lot worse before it gets any better…