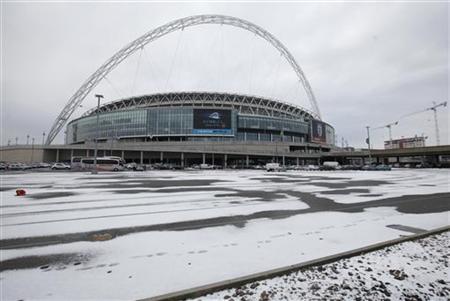 On Sunday I wrote and sent an article to the editor, and it was published Monday with the headline “The CoronaVirus could destroy football as we know it”. Many have taken the time to read it and to discuss it. I thank you for that.

When sending it on Sunday, I actually expected to receive quite a lot of comments deeming me to be certifiable 😊, but that wasn’t the case.

The situation evolves so quickly, it is hard to keep up. Unfortunately, the 2 days, which have gone since I wrote the article, has not shown anything except news that points in the direction of a very bad scenario in many countries.

Those of you, who have read the article will also know that I admit debating the virus’ impact on football can be judged as cynical, and in fact I was glad to see the discussion solely evolved around the seriousness of the illness and a lot of sympathetic points of view were expressed.

However, I did in fact, also try to describe the outlines of a possible scenario for football, and since this part was not discussed, I now try my luck with a follow-up. I assure you, it is not with any intention to insist that football is important right now. Because it is not. On the other hand, I am sure many of us do speculate, what the future will bring to many aspects of life, and these are my thoughts on football in general and on Arsenal’s situation in particular.

The Coronavirus has the potential to unleash a crisis in the world economy which by far could be the worst in modern history. Personally, I think it will happen, and the crisis that followed the “credit crunch crisis” in 2008, will be a dwarf in comparison. It is happening so fast and with such force, it is almost unthinkable. I think, the drastic downturn to world recession is really only days away. What is a bit more uncertain, is how the shape of the crisis will turn out. Will it be “V-shaped” with a reasonable quick recovery for the economy? Will it be “U-shaped” with a period at the bottom, before things recover? Or will it be “L-shaped”, where the recovery at the moment is out of sight? In the first case, we can not only hope for something like a return to something normal in maybe 2-3 months. We can expect it. In the second case, we are looking at something quite a bit more serious with maybe a return to normality in 6-12 months. But in the third case, there is really no way of saying, what the period will be and, in fact, there will be a different/new normal somewhere in the future.

I think it is very unlikely the PL and the European competitions can be played this side of summer. Whether they will be further postponed or called off remains to be seen. The decision on this, I fear, has very little to do with finding a practical and fair solution to end the season from a sporting view. Other things are at stake, and not just the health issues.

At the moment, the FA, the PL and UEFA aren’t delivering the product they have sold the rights to. Broadcast rights, streaming rights, sponsorship rights etc. etc.. Effectively there is a default on the contracts, and all the companies around the world who have bought the rights, will most likely hold back their payments (usually these are in installments), until they again receive the product they are entitled to.

If the current season is called off, they may even be able to claim payments back. Even worse, soon, if not already, they will also be looking to cut their costs in order to survive, and if they can claim a default on the contract, they can get out of future commitments, and they may want to do this, as the market situation is likely to change dramatically. They can not expect advertising sales and subscription sales at anywhere near the current/previous level in the future, so the clubs can’t get anywhere near the same for the rights, as they have been getting until now.

The loss of money from TV rights etc. will hit all commercial football clubs extremely hard.

Now, the clubs themselves are not delivering the product, they have sold to their own sponsors, hospitality, fans etc.. As the crisis takes hold all companies will be looking to slash costs for marketing etc. Some sponsors will have to claim a default on their contracts with the clubs, and maybe not only stop the involvement with immediate effect. In some cases, they can also claim money back, sue for compensation.

Arsenal is heavily involved with Emirates, and you possibly could not find any industry, who is hit harder by the current situation, than the airline industry. Will Emirates be looking to get out soon or immediately? Will they want to continue, albeit at a much lower price?

On top of this clubs will by now have seen their ticket sales suspended or stopped completely.

So basically Arsenal, and other clubs like us, can very soon be in a situation with almost no income.

How long can we sustain this? Not long, I imagine.

Arsenal will have to cut costs as well. Without knowing anything about the details of our business, I think it is safe to assume that salaries to players are a huge part of our costs, and there could be no other way than starting to slash them. This can’t be done by selling players now. Even if the football authorities were to open the transfer window with immediate effect, I would expect almost no clubs being able to invest in new players. On the contrary, all clubs will be looking to offload players as quickly as possible.

Nor can clubs like Arsenal sell their stadiums to get funds to get through the crisis. The value of a stadium is basically made up of 2 things.

1) The value of the land, where it is located. The value being what the land could possibly be sold for-

2) The actual revenue from the stadium as a running business.

The structure in itself, which may have cost billions, is actually of very little value, as there is almost no alternative use. Selling the stadium, i.e. on a sale and lease back contract if at all possible, will only generate limited funds to cover the expenses for a period of time.

As selling players also will be impossible, the only remaining option will be to break the contracts to players by not paying the salaries they are entitled to according to the contracts. What can the players do? They can of course leave and/or sue the club for the contract breach. I can’t predict if they will, and what will happen if they do.

I am not qualified to be the CEO of Arsenal. I have only experience as CEO of much smaller companies and experience from running my own business.

But I will suggest, that the management of Arsenal is already looking at this. Maybe they are already planning talks with the players about postponing salaries. I know, I would, if I was in charge.

If the above becomes reality, all discussions about selling or keeping Auba, and any other player whose contract may be nearing the end, is without meaning. Arsenal will be looking to get rid of him, maybe even to any club that will be willing to pay his salary. All talk about other incoming transfers, starting line-ups etc. etc. are really also completely meaningless.

My bet is, at the moment Arsenal and other clubs are only looking at how can they possibly survive as businesses in the scenario above. It could be approaching, and approaching much quicker, than most people think.

What can prevent this from unfolding?

The most wanted thing is of course, that a cure for the CoronaVirus is discovered quickly. What are the odds of that? Not in favor, I think.

Will the actual impact of the virus be smaller, firstly on us humans and secondly on the economy? Maybe, but only maybe.

We shall see, and in the meantime, I wish all the best.