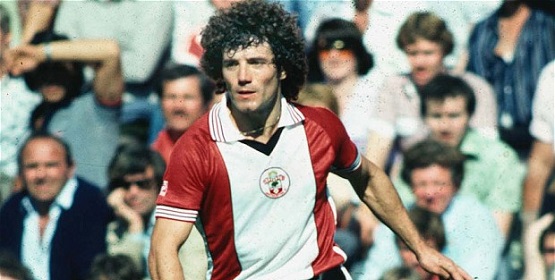 The day I believed I was going to die watching Arsenal

There have been a few articles on here from some of our regular users about their early memories of watching Arsenal and I thought I would jump on the bandwagon and give my own little personal story, albeit about just one single game.

It was the 1980/81 season, I was just 13 and my parents had decided that this was the year I would be allowed to go and watch Arsenal on my own but only on afternoons, never at night time.

Now, the first home game of the season was against Southampton and of course, it was an evening game but this was one game I simply had to go to.

You see, this was Kevin Keegan’s second game back in England since joining Southampton from Hamburg and he was an absolute hero at that time, he was European footballer of the year if I recall, he was England captain, he had this myth about him.

The hype around this game was unbelievable and my father, who was not really a football fan as such also wanted to go to this game and so my luck was in, I could go to the evening game.

It was a Tuesday evening, cannot remember what the weather was like, to be honest, but I know I was excited, not only was I going to watch Arsenal in the evening but I was also going to see Kevin Keegan live.

There was a crowd of 43,050, which was not the highest that season at Highbury, 54,045 saw us beat Tottenham later in the season and 47,000 watched the game against Liverpool but in comparison to all other games it was a huge crowd.

Now, this was pre-Hillsbrough and so safety was not really paramount in those days.

My Dad got us in behind the goal and almost from the kick-off it became a struggle, he held onto my hand but so many times we got separated by the crowd surging forward for every attack.

I remember almost nothing about the match, in fact, my dad pulled us out at half-time but I do remember the fear and the struggle to breathe every time a surge happened.

I am not exaggerating when I say that it was terrifying, I really could not breathe at times and I did ask my dad why he never pulled us out much earlier, he responded that it was impossible to get through the crowd and that he did try, I just do not remember that but I know my dad and if he said he tried then he did.

He also told me that it was not as bad as I have made out but I was only 13 and for me, it felt like life and death.

I cannot say it any other way, I literally did believe I was going to die watching that game.

Just eight years later we had the nightmare of Hillsborough and I have to be honest and say I was not surprised, it was always going to happen somewhere, we were literally cattle.

Another consequence was that I was not allowed to go to the home games on my own that season which had me in tears and an entire season sulking.