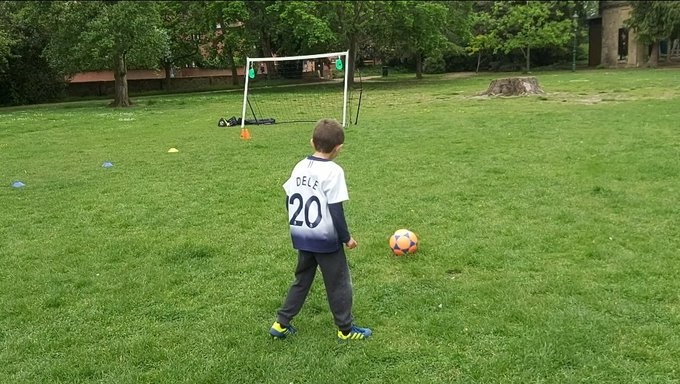 Does anyone else see the irony that on the same day the League discusses how to pay tribute next week to those who have lost their lives due to the coronavirus, they only ban Deli Alli for one match for using the topic as a joke on social media?

A minute silence will take place before each kick-off and players will wear heart-shape badges to pay respect to those in the NHS. All very noble but also all fairly obvious.

Here is an England International zooming in his camera to laugh at an Asian man, then getting a close up of hand sanitizer. Implying that a certain race now represents you catching a virus. Not just thinking it, but sharing it with his millions of followers.

His punishment? The same as getting two yellow cards. Or worse a mistimed tackle will see you miss more games than filming people unprovoked in an airport, and using how they look as a joke to entertain your viewers on Instagram.

This article isn’t inspired because the midfielder plays for Spurs. Regular readers on Justarsenal will know that I have for a long time preached that racism and prejudice is creeping back into football. More and more fans are going to stadiums, thinking it’s okay to say and act in a manner they wouldn’t dare act at any other time in their week.

That next generation is hearing Sterling get racially abused, and then only seeing a small fine as consequence. Youtubers are getting subscribers based on verbally abusing their own players. Now a player, a role model to many, shares a sick stereotype to the world and is treated the same as someone getting 5 yellow cards.
What an opportunity missed once again to educate. Especially with what’s going on in America at the moment.

Protests are going on to preach ‘@BlackLivesMatter’ but I’m sure we all agree that all lives matter?

That whatever race, religion, culture, gender you are, no one should be judging you, laughing at you, making you feel uncomfortable or making assumptions. Deli Ali saw a man of Asian origin and made an immature stereotype.

If that was a different race or religion and a different stereotype maybe it would have been treated much more seriously?Can you imagine?

Yet if we are serious about changing the mindset of others, it’s by having zero tolerance. This was another chance to set an example, and the punishment again does not reflect the offence caused.

Go make the same ‘joke’ in your workplace and see what happens.

You see burning buildings, knocking down of statues, robbing stores; that’s not how you make changes …. not in the long term. You do it by educating that next generation.

By making them see as they grow up that there is zero tolerance towards any form of prejudice.

That it will be met with extreme ramifications.

Think how many kids you see copy Deli Ali’s handshake celebration. You are now left hoping that the same amount are not influenced by his video. A video where his manager defended him. The player pleaded not guilty. They only cared about the record stating he wasn’t a racist.


Imagine if kids read today that Deli Ali made a joke based on how a man looked and now misses 10 games. What a chance missed to educate. Remember that next week when players are wearing shirts and holding up banners to tick a box.