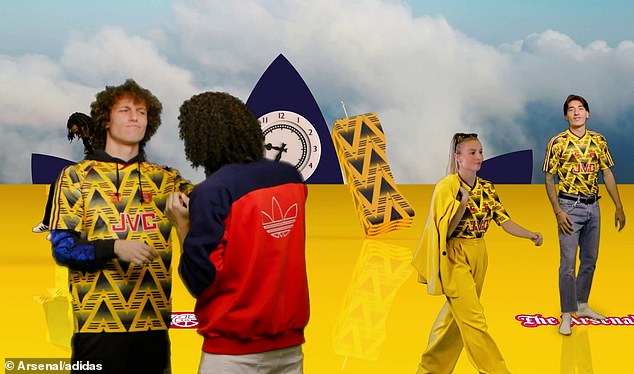 75 Pounds For An Arsenal Bruised Banana Shirt !!! by Dan Smith

The Kroenke’s have been terrible owners in terms of Arsenal’s success on the pitch, but their ability to make money off it is as good as anyone else. And while they will never publicly admit it, like any business their priority will always be to make as much revenue as possible.

Their business model is not to build a sport’s portfolio based on what teams they rate; it’s determined on who has such a huge fan base you can exploit their love. A club where, if 60,000 supporters turned around and refused to renewal their season tickets, there are even more are on a waiting list…

That is why, even with gooners more disgruntled than ever, the dream that they might sell one day is a remote one.

They live in America so don’t have to listen to the criticism they get most weeks. As billionaires they have no reason to sell, and no matter where we finish in the table we are a franchise which will print them money for generations.

For years now their ambition has been questioned yet each summer Arsenal can tour the Far East and the US, and thousands will flock. They no longer even have to care about finishing in the top 4 as they are sharing a television contract in the billions.

Nothing sums up how their action plan works more than the release of the new retro bruised banana shirt.

Bearing in mind we are experiencing our worst start to a campaign since 1977 and the empty seats at The Emirates is becoming common. Heck, we haven’t even got a manager!

For most, if there was a time where you might be put off buying any more merchandise, it would be now, especially with Christmas 2 weeks away.

Yet a first win in 9 attempts was enough for Arsenal’s marketing department to believe customers would come calling for a retro Bruised Banana shirt.

Now I’m not here to tell my fellow peers what to do. It’s your prerogative what you want to do with your money.

Yet too many of us complain about wanting change. Players have been made scapegoats, legends have been disrespected, etc.

Yet nothing will ever alter while we are being ran by the Kroenke family. I truly believe we will never win another title under the current regime. The only way to hurt them is in the pocket.
They won’t be waking up this morning worrying about how many points we are off Liverpool or planning how to change that.

They will be patting themselves on the back for their record Manufacturing deal.

Some will argue it doesn’t matter how many shirts are sold as at that income goes straight to Adidas.

Yet Adidas would be less inclined to pay Arsenal such a sum when it’s time to renew contracts if their products were not moving.

Long term that’s how we get them to worry. Impact every arrangement they have with every sponsor.
Instead, because of the popularity over the new shirts this year they can ask for an even higher fee from other brands. This at a time where they are slashing the wage bill – and if you believe some reports, there is not enough in the budget to hire a top-class coach given we had to pay off Unai Emery.

They will probably be telling us we can only manage to loan talent in January.
Just remember all of this while you’re paying 75 pounds for a shirt.