Arsenal faced a big dilemma when it came to replacing Unai Emery earlier this season – go with the bigger name in the hope of immediate success, or put their faith in a rookie who could be the next big thing in a carefully crafted long-term project.

In the end, the Gunners went with the latter, poaching their former captain Mikel Arteta from Pep Guardiola’s coaching staff at Manchester City on the 20th of December. A day later, Carlo Ancelotti was announced as a big-name hire for Everton.

This followed a report from the Sun that linked Arsenal as admirers of the experienced Italian tactician, though they suggested Everton were ahead in the running, with our club hierarchy’s minds perhaps already made up by that point.

Has this backfired? Well, see this interesting graphic below, posted by reddit user SuperAllegriV3… 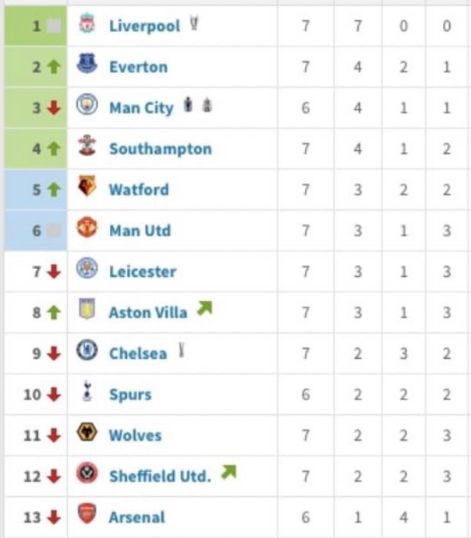 This is the Premier League table since both managers took their current jobs, which, as mentioned above, came at pretty much exactly the same time.

There are Everton, up in second place behind only Liverpool with four wins, two draws and just one defeat in seven games.

Arteta’s Arsenal, meanwhile, languish in 13th with just the solitary win, four draws, and one defeat.

It’s only been a few games, so we’ll see how things look later in the season, but it could perhaps serve as a little warning to Arsenal that their big gamble isn’t paying off.

While it’s admirable to try to build something around a new up-and-coming coach brimming with ideas and having learned from the best, sometimes it might also be sensible to go with the three-time Champions League winner if he’s available.