Mesut Ozil and Matteo Guendouzi are two players who have been far away from the Arsenal first team in recent weeks.

However, both midfielders are still under contract with the club and it is understandable that they were asked to model the club’s new home kit that was recently launched, but both players really don’t look happy in them.

Ozil has struggled to convince Arteta to trust him at the club, and the German hasn’t played a minute since the Premier League returned.

Guendouzi had won back a place in the team after the restart, but his antics against Brighton and his attitude, in general, have forced Arteta to axe him from the first-team setup.

The Frenchman’s future is up in the air just like that of Ozil and when both players were asked to model the Arsenal new home kit, it looked as if it was hard for them to hide their unhappiness.

Guendouzi cut a very serious figure as he joined his teammates to model the new Arsenal kit for next season.

Ozil didn’t have a smile on his face either. Pierre-Emerick Aubameyang also modelled the strip with them, and although his future is also uncertain, the Gabon striker appeared to be a happier man as he grinned in most of his images. 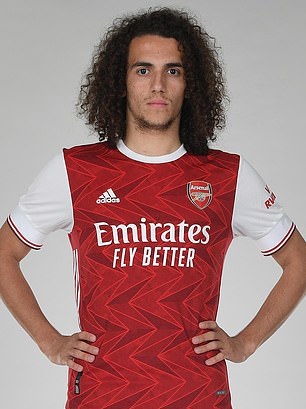