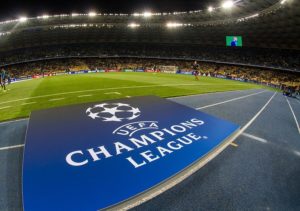 Arsenal could be well on their way to turning a new leaf following Mikel Arteta’s appointment last year, but a finish in a Champions League place still appears unlikely. Still, a whole lot could happen between now and the last day of the season so it would be foolish to write the team off completely.

A club of Arsenal’s status should be playing in Europe’s top competition every year yet they have struggled to qualify for the tournament these last few campaigns. Of course, there’s the Europa League route, which does look like the best option at the moment. And, having reached the final last season, the Gunners could certainly go one better.

Arteta’s men are coming off a win over Premier League rivals Manchester United, having beat Ole Gunnar Solskjaer’s men 2-0 at the Emirates on the first day of the year. They are still nine points adrift of the top four but defender Sokratis Papastathopoulos fully believes in their ability to make it in there, as well as in his new manager.

“We played very good and we deserved the win,” the Greek said in the wake of Wednesday’s victory, via The Guardian. “After the result against Chelsea we spoke together and said we have to fight more and to try to give everything. This was one of our best performances of this season.

“Against Chelsea, the performance for the first 35 minutes was very good and against United, we struggled again in the second half. But it is important when these moments come that we stay compact together and fight. I think with the structure of the team now, the players feel confident. There is a lot of space to improve and we have to try every day to improve things.

“Arteta is a very good manager. Of course, he likes to do some new things, like his style. Everybody has to give 100% to back him and to try. This doesn’t mean that also the manager that was here before was not very good. This season we didn’t start well so now it is a new year and we have to start every day to show we are a better team.”

The bookies reckon Arsenal are still within a shot of finishing in a UCL place, with Bet365 offering 12/1 odds and William Hill putting 11/1 on their chances. If you’re having difficulty choosing a betting outlet, you could find a list of the most trusted bookmakers in the UK at freebets.uk.

Meanwhile, Leicester City are thought to be a lock at 1/16 with Ladbrokes while Chelsea are 4/9 with Betfair. United are 3/1 with Betvictor while Tottenham are 10/3 with Coral and Wolverhampton Wanderers are 16/1 with Betfred.

Arteta’s Gunners are 6/1 to win the Europa League with Betvictor but United are favoured at 5/1. Sevilla are 13/2 to win it with Ladbrokes, Internazionale are 15/2 with William Hill and Ajax are 8/1 with Paddy Power.

Arsenal will resume playing in the Europa League when the competition returns next month with the round of 32. They’re scheduled to play Olympiakos on February 20 and the gunners are 6/5 to win with Bet365 while the opposition have been priced at 11/5 odds. A draw is 12/5.

We should beat Olympiakos, but can we actually make it back into the Top Four?