‘The penalty is not a penalty,’ Emery not impressed with major decision

Unai Emery has slammed the decision to award Arsenal a penalty in their 2-1 loss to Villarreal last night.

The former Arsenal boss saw his Villarreal side concede an away goal that could be their undoing when both teams meet for the second leg, next week.

He has a fine record in the competition and he even led Arsenal to the final in 2019.

He has been tipped to win the competition with Villarreal also and they wanted to have a good first-leg advantage, but they conceded a penalty that was converted by Nicolas Pepe for Arsenal.

It was a refereeing decision that Emery didn’t agree with and the Spanish boss made that clear to reporters after the game.

He says the official made an error in awarding the penalty and it was an important part of the outcome of the match.

‘The penalty is not a penalty,’ the former Gunners boss firmly told BT Sport after the game via Mail Sport.

‘[It was a very important refereeing error and also, with VAR, you can see it.’

It was a tense game that resulted in one red card each for both teams and it is now finely poised for the return leg.

Arsenal will hope to prove much for their opponents at the Emirates and their away goal gives them a good start. 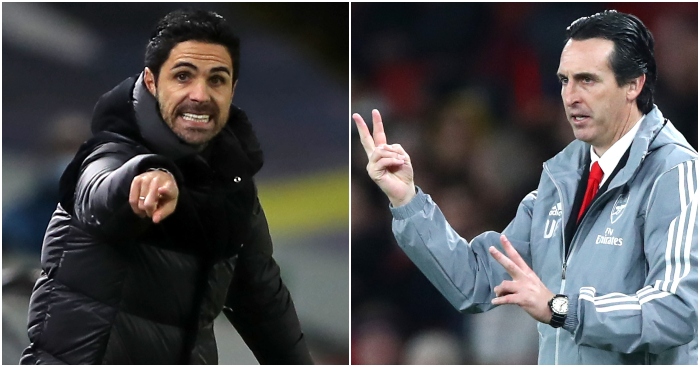 Arsenal players knows as much about Emery as they know about him states Villarreal ace
29 April 2021, 15:45