The players that should leave Arsenal this summer, and the reasons why…

Players That Should Leave Arsenal This Summer by Goonerboy

Hello wonderful family! Right now, I can’t wait for this season to be over, I just have to be very sincere. Apart from the 2008 season where we should have won the league (If only Eduardo was not injured) I have never seen Arsenal Football club so unlucky in recent years.

The more we try to show ambition and improve, the more it seems we are sabotaging ourselves. We have lost a lot of points by small margins, terrible officiating and bad judgment from the manager but ultimately, we have been let down by players we depend on. We have cleared some of the players that are not good enough in the winter window, but we have to continue this clear out in the summer, not only because of balancing the books or trimming the squad but to have a balanced and competitive team.

Without further ado, here are the players I think we should cut ties with this summer:

Hector Bellerin:
Bellerin is now our longest serving player and vice-captain. His rise to stardom was a thing of joy amongst our fanbase. We were thrilled by his lightning pace and attacking plays. But the honest truth is that Bellerin has never been a complete player. His only skillset is pace and he has failed to improve the other aspects of his game. He is not by any means a good defender, completely useless aerially, he can’t cross and in recent seasons he has lost all agility and aggressiveness needed in this league. To make it worse, the pace that used to be his only quality is no longer there. If you are not sure, try to compare him with the other fullbacks in the league and see for yourself. He should not even be starting ahead of Cedric in my opinion, he has declined and we can do better than him.

Mohammed Elneny:
Just one question, what is he good at? He can’t tackle, can’t defend, can’t control a game, he is so ordinary and should not even be anywhere near our first team, he showed glimpses of improvement after his loan spell but you can’t give what you don’t have. He is so bad we don’t have to replace him in the squad, just recall Guendouzi and give him another chance. At least he pushes the attack and shows courage.

I am not sure he would make the bench for Villa, Everton, Leedso r Wolves to mention a few, it is time we let him go for good.

Eddie Nketiah:
No need to mince words, he can’t make it at Arsenal or maybe even the Premier League. He will surely follow the paths of Chuba Akpom and Benik Afobe. The major problem is his physique, he is not robust enough for this league. Add to that the fact that he lacks any sort of special quality, if I wanna be fair, I would say he is good at pressing and he seems like a good poacher but that is about it for him. Let’s hope we can get a decent cash from his sale.

Calum Chambers:
Some players are just so unlucky and that is the case with Chambers. He goes out on loan and wins the player of the season twice but he is always injured for us. He has shown he is not dependable fitness-wise. We have clearly moved on from him and it is hard to see him get a look in the team now. Left centre back is complete with Gabriel, Mari, with Holding and Luiz for the right, and don’t forget we have Saliba coming back in the summer. Chambers is 26 and should be playing regularly. Even if he was fit, I am not sure he is the quality we need to be honest. He was signed in 2014 and after 7 years he is still not a solid member of the team, we can get a good reasonable amount if we sold him.

Willian Borges:
What a huge disappointment he has been! We terminated Mkhitaryan’s contract only to sign Willian – this is part of why I said we seem to be sabotaging ourselves whenever we try to show ambition.

I can understand the logic behind his signing, but how unlucky can you get when you sign an experienced player from your rival just because you want an immediate impact, and he turns out to be worst than a new signing from another league. It will be difficult to shift him but if we can, we have to do this summer.

Alexandre Lacazette:
He is on this list not because of his quality per se but his age and contract situation. He must regret coming to Arsenal. He was never really trusted by Wenger to begin with. The signing of Aubameyang did not favour him in any way either. He is not consistent enough and has had only one good season with us. He is 29 and he will have one more year on his contract this summer. There is no doubt he will want at least 3 years extension which I don’t think he deserves. We have to sell him this summer so as not to lose him for free AGAIN.

Nicholas Pepe
This could be a bit controversial because he is starting to look like a decent player in recent weeks but if I received an offer for him, I would sell him. His body language and work rate has improved recently but we would have at least scored a goal against Villa if he had a better end product and football intelligence. Now, you can coach the final product, but not basic football intelligence. He only looks decent on the left and we have better options there. If he has to stay, I think he should play as the CF, he is tall and has the strength to hold the ball up and link pla,y but as a winger he is simply not good enough at this level. If he can’t be sold, the FA Cup and Carabao should be his level.

Alex Runarsson:
Don’t be fooled by his stature, he is not a young player at 25. He was definitely a panic buy. I can’t even trust him as third choice. If Leno struggles with aerial balls, who is Runarsson? I won’t waste time on this, he just has to go. 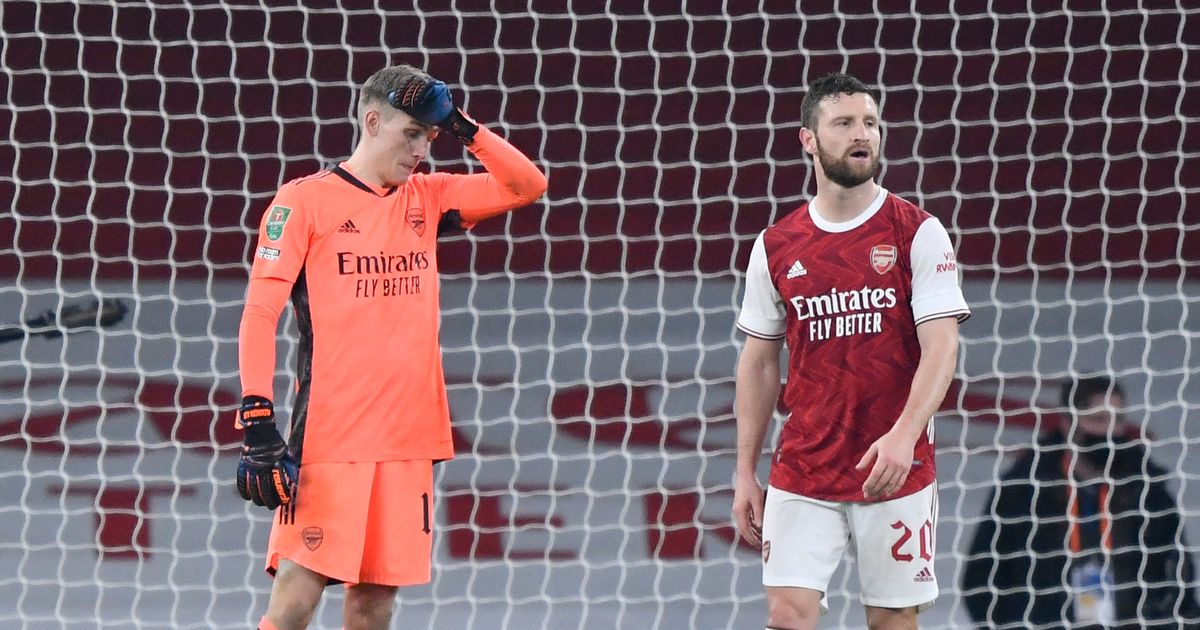 Reiss Nelson:
When Arteta just came in, he obviously wanted to work closely with him, but he didn’t take time for him to realize that he is not good enough for where we want to be. At 21 years old, he should be showing that potential but other than running with the ball, I don’t know what he does best. Saka and Martinelli at 19 are head and shoulders above him in footballing ability. He is a rotation player at best.

Ainsley Maitland Niles
He wants to be a midfielder, fair. But he can’t be that at Arsenal because he is not good enough for the level we want to attain. We have to stop these sentiments if we truly want to be at the top again.

Joe Willock:
I like the fact that he has a unique skill set in the entire squad but he still very much lacks a football brain, I hope Newcastle retain him in the summer. He has a lot of opportunities and from what I have seen, he is not ready to make that step up.

David Luiz:
I love Luiz, I really do. Believe it or not, he is our best defender and it is good to have him in the dressing room. But his errors are not usually ignorable as it is always very costly. My heart really wants to keep him but I think it is better for him to leave too.

Pierre-Emerick Aubameyang:
Yes I agree I am deluded. Remember I said at the beginning that purpose of the clear out is to have a balanced squad, Well, Aubameyang is one of the reasons why we have an unbalanced team.
I was silently hoping he he didn’t sign the contract in the summer not because I know he is going to lose form but because I wanna see a more balanced team. Last season, If he was not scoring, Arsenal is not scoring. I kept wondering how he managed to do that since he was not always in games. He offers nothing in the middle and limits us on the left due to his lack of skills. He wanted a new bumper contract, so he was more hardworking and was always running, now that he has it, he has dropped massively. His body language is terrible and it pains me to see that Lacazette and Martinelli are often sacrificed for him. He is best suited for a counter attacking team.

Out of all the players above, I would only give a lifeline to Lacazette, the rest just have to go! We have 13 players on my list and only FOUR of them are in the first team, that shows we can do without majority of them.

The squad is over-bloated. We still have Mavropanos, Lucas, Saliba and Guendouzi out on loan. If we can sell some of them and invest in the right players, we can start making more progress.