Former England goalie, Paul Robinson admits he was one of the many people who doubted if Aaron Ramsdale was worth signing when he joined Arsenal in the summer.

Having been relegated twice from the Premier League, most fans and pundits couldn’t understand why the Gunners added him to their squad.

However, despite starting this season in the second tier with Sheffield United, Arsenal was confident he was good enough and splashed the cash to lure him away from the Blades.

Ramsdale has quickly proven his critics wrong with some inspiring performances in goal.

The saves he makes are top class and they place him among the best in the English top flight.

Robinson says now he has to prove he can do it over a period of time.

“I’m surprised at his form as I was one of those who was sceptical about the move,” Robinson said via Football London.

“Especially with the money that Arsenal paid for him. He’s got a couple of relegations on his CV and his form has been indifferent, but he’s gone there and flourished and enjoyed the challenge.

“The test he has now is whether he can do it continually over a long period of time.”

At 23, Ramsdale can only get better with his performances at the Emirates.

His form proves Arsenal can trust the judgment of Mikel Arteta, who has formed a good habit of not listening to critics when he wants to make a decision.

It is almost certain that Bernd Leno will not win back the number one shirt at the Emirates, and the German needs to decide if he wants to stay or leave.

If he joins another club in the summer, we need to buy a good backup to Ramsdale, who can improve our chances of winning domestic cup competitions. While Ramsdale is used in the league and European matches. 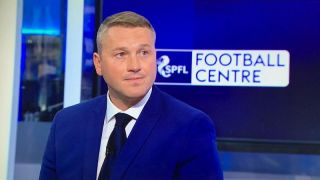 Ramsdale insists that Arsenal showed they ‘can be’ challenging the best
2 January 2022, 19:30