The Three Key Battles that could decide Liverpool v Arsenal 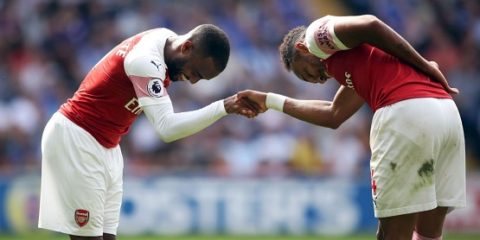 Liverpool vs. Arsenal: Three (3) Key Battle to Envisage Ahead of the Anfield Showdown by Obiweluozo Martins

As Arsenal travel to Anfield they would be banking of the confidence they have gotten from the two wins they recorded against Newcastle (0-1) and Burnley (2-1) in the first two Premier League games, while the Reds could even be more confident for many reasons as well. One, they are with two wins (like Arsenal) after smashing Norwich City 4-1 and winning 1-2 at Southampton without first choice goalie Allison Becker. Add to this their Super Cup triumph against Chelsea coupled with the home advantage they will enjoy at Anfield.

As we anticipate the cracker, we evaluate the three key battles in that could decide the game.

This is arguably one of the best contests ahead of the fixture as both players seem to stand above the rest in the fixtures. The defender has been a big hit for Liverpool scoring goals and defending to perfection for the Reds. Jurgen Klopp must be pleased with his performances in the Red shirt as he comes face to face with arguably the best striker in the EPL despite the overall exploits of Sergio Aguero (Manchester City), Sadio Mane,
(Liverpool), Harry Kane (Tottenham Hotspur) and Mohamed Salah to name but a few. That’s how good he is but his technicality going forward will be tested by Van Dijk defensive resilience as we approach the all
important fixture at Anfield.

This contest between these players promises to be a prominent one as both sides comes face-to-face with each other like they do in training in the National team. The two Brazilian would make the Liverpool vs. Arsenal encounter a purposeful finale to watch as Roberto Firmino registered a vital goal to seal the win against the Saints last week. It was a goal of immense quality as he gets set to outwit the intelligence of our ball playing David Luiz in the Arsenal defence.

The defender would be tested as well by positive runs from the Liverpool forward even as he (Luiz) gets into the Arsenal groove following his move from Chelsea to the Emirates Stadium.

Here we would see a lot of experience and guile in midfield as both players have largely contributed to the good of their teams in recent years. Xhaka’s intelligence on the ball will be chiseled out by Henderson’s
ruthlessness at the base of the midfield. Henderson’s eye for goals and the killer pass can be checkmated by
Granit Xhaka’s ability to read the game as the Swiss International breaks-up the play alongside youngster Matteo Guendouzi in the deep midfield position. Henderson must keep it cool in midfield while marshalling the middle
to perfection in Naby Keita’s absence as Xhaka would surely pose a threat to Liverpool’s ambition in the technical area of the pitch.

Which do you think are the key battles?