The Three Players Arsenal need to bring in in January

Mikel Arteta’s Arsenal side have navigated themselves through the worst start to a league season in decades but have now found hot form, picking up 20 out of 24 possible points in the last 8 games. With the return of injured players like Thomas Partey and Gabriel, along with the likes of Aubameyang, Lacazette and Ben White after being infected with COVID, the new signings over the summer could finally show what they were brought in for in a fully fit squad.

“Let’s judge the team when they play together”, were the words of Technical Director Edu Gaspar, who had come under a lot of criticism during the transfer window, despite Arsenal being the highest spenders of any team in Europe over the summer. It is fair to say that Edu was proven right. All the 6 summer signings made immediate impact after the international break, heading into what has been a 10-game unbeaten run across competitions, with the likes of Takehiro Tomiyasu and Aaron Ramsdale not taking too long to become fan favourites.

While any realistic fan would not expect this form to run through the entire season, the upturn in quality of performances in no coincidence. While there is no doubt that the players who have come in have proven themselves to be quality footballers with extraordinary potential, they have also fit right into the jigsaw puzzle that Mikel Arteta has designed over almost 2 years in his time as Arsenal manager.

Finding the right profile of footballers seems to be the way forward and, in all honesty, it fills me with excitement. With the January transfer window just around the corner, it will be interesting to see what kind of players will be on Arsenal’s radar.

Keeping in mind that the African Cup of Nations is set to take place in January, key players like Pierre-Emerick Aubameyang, Nicolas Pepe, Thomas Partey and even a solid squad option in Mohamed Elneny will be unavailable for the most part of the month, which could be a huge blow to any chance of European qualification this season.

However, if the right reinforcements are brought into the team January, the second half of the season might just yield some of the best football we have seen in a while. I have had a look at 3 players who we can potentially bring in this winter and/or have been linked to.

Despite going under the radar in Real Madrid’s 18/19 summer window due to the arrival of Eden Hazard, Jovic struggled to replicate the astronomical figures that he managed to achieve as a 20-year-old in the Bundesliga. In January 2021 he was sent on loan back to Eintracht Frankfurt, where the emergence of Andre Silva meant that Jovic could only get to start 8 games out of a possible 19. He had a decent return to the club by coming off the bench to score a brace in his first game but could not find his feet ever since and ended the Bundesliga season with 4 goals and 1 assist.

Despite not living up to his price tag, I do believe the young striker still has a lot to offer and having been linked to Arsenal as of late, we could see a rejuvenated player at the Emirates. He offers a decent work rate and is very good at dropping a bit deep to open up space for his teammates with his intelligent link-up play. He is a decent passer and is not afraid to attempt long and wide passes. I see him as a potential successor to Alexandre Lacazette, whose future at Arsenal seems to be clouded in uncertainity. Perhaps a loan with an option to buy would be a safe move that would not only help us understand if he is the right fit for Arsenal but would also be a vital striker option in January with the absence of Aubameyang. 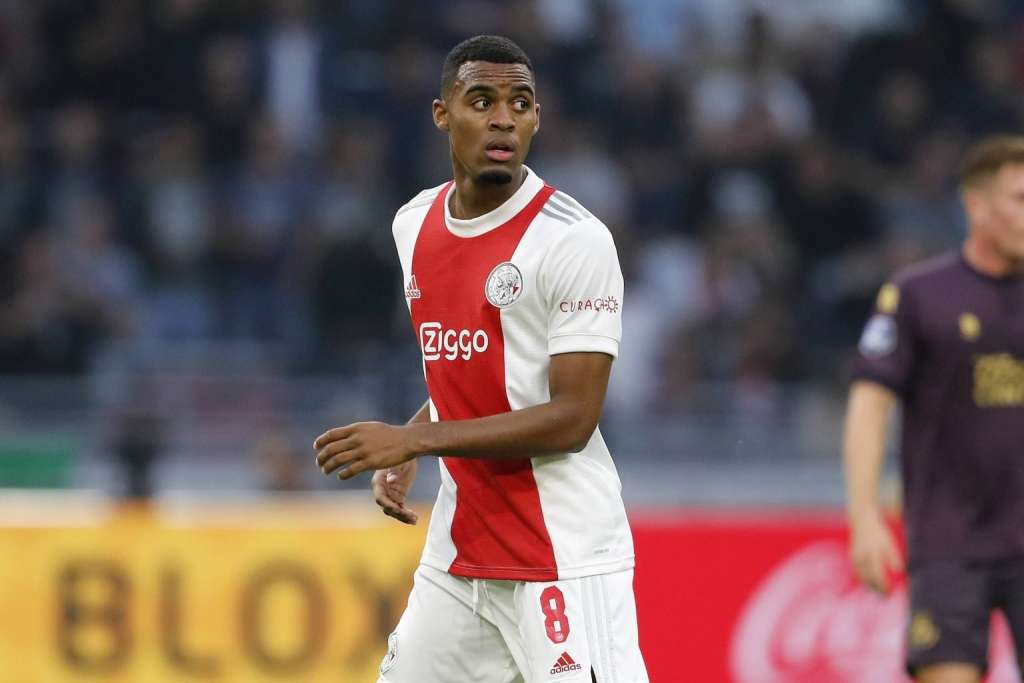 Anyone who has been following Ajax’s dominant run in the Champions League group stage this season would be aware of Ryan Gravenberch. The 19-year-old has already proven to be a star in the making and could very well be among the next batch of gifted young talents at Ajax. For starters, being 6’2”, he offers physical presence along with incredible elegance and technique on the ball.

He has already drawn similarities to Paul Pogba in terms of his agility and balance while in possession of the ball. He’s a very intelligent deep lying playmaker and always has an eye for a line breaking pass, and can very much play in a double pivot, which we have already seen work well at Arsenal with the likes of Thomas Partey, Sambi Lokonga and Ainsley Maitland-Niles. He is also not afraid to operate higher up the pitch in wide spaces where he can link up with wingers.

I can continue to go on about the exciting prospect he is but there is only so much that I can fit into one article. The maturity and awareness he has shown on the pitch at such a tender age even at the highest level of European football makes me feel he is exactly the type of player Mikel Arteta would admire. However, bringing him to the Emirates is easier said than done. Clubs like Chelsea and Manchester United are also interested in Gravenberch. Moreover, Ajax will not be happy to let go of him in January, now that they seem to have a real chance to go deep into the Champions League. If we approach them with the right deal, tempting them to finalise a permanent move would not be a long shot. 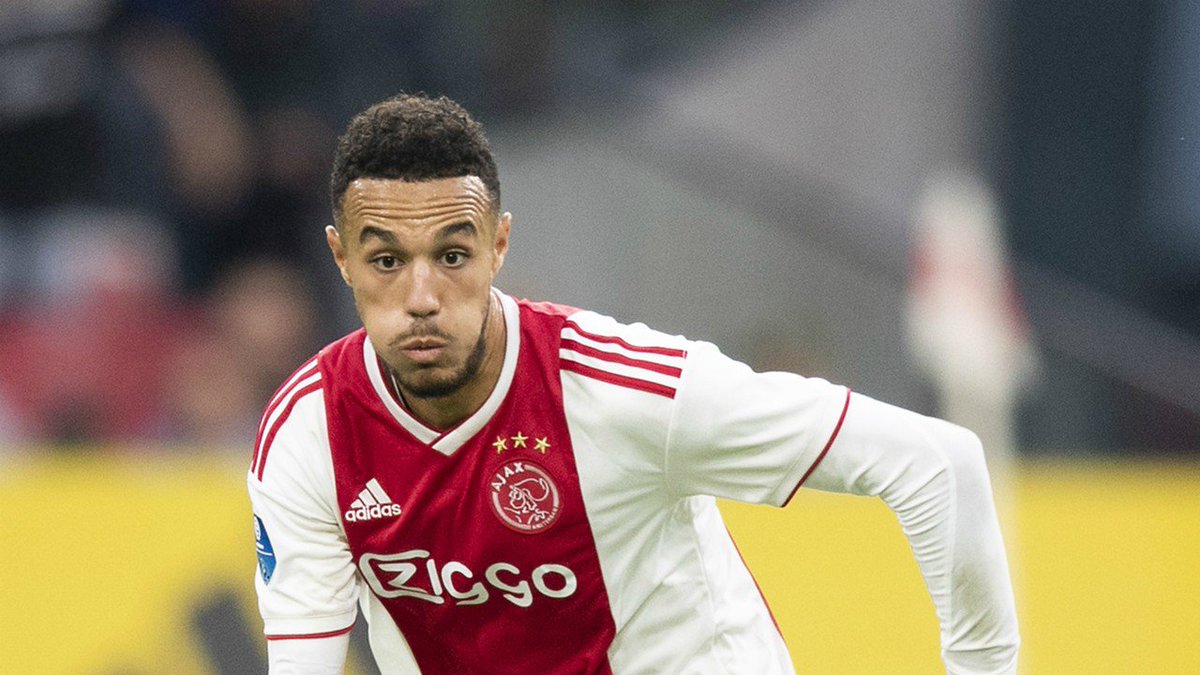 Takehiro Tomiyasu has immediately become a fan favourite upon his arrival at Arsenal. But as solid as he is aerially and in the defensive third, Arsenal could do with having a more attacking option at right back to mix things up tactically. Ajax right back Noussair Mazraoui is who I believe can be our “Nuno Tavares on the right”. The Morocco international is an unpredictable and breezy dribbler who occasionally chips in with goals and assists.

He has had a great start to his Eredivisie campaign, with an impressive 4 goals and 2 assists, and as earlier mentioned for Gravenberch, has been integral to Ajax’s UCL form so far. Unfortunately for Cedric Soares, I am not convinced that he is the ideal understudy at right back and having an exciting right back combination can only help us going forward.

These are the three players that I hope Arsenal can pin down as transfer targets for January. As far as the outgoings are concerned, I would like to see Folarin Balogun get a good loan move and one of Calum Chambers or Sead Kolasinac to depart on a permanent transfer. Let’s hope we take the right step forward and not let the progress that we have made through transfers stop anytime soon.

Are there any players that you would ideally want to see at Arsenal or any other position that needs to be addressed soon. Feel free to let me know in the comments.

Watch this week’s <strong>Just Arsenal Show </strong>- <a href=”https://www.youtube.com/watch?v=znCl5ICDua0” rel=”noopener” target=”_blank”>Video Analysis – Dan Smith rates the Arsenal players out of 10 this season </a>