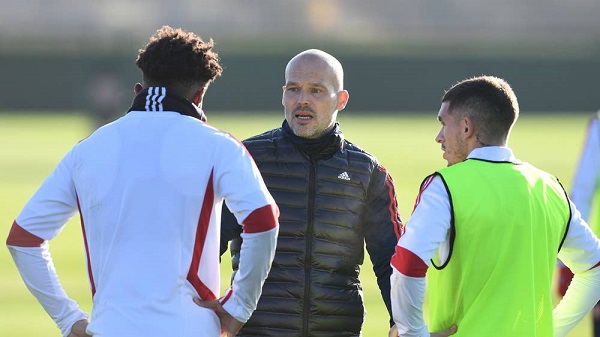 The three things that Freddie Ljungberg told the Arsenal players

That game was Emery’s last chance to save his job, but it backfired and this morning he was put out of his misery.

Arsenal have named the club’s former forward, Freddie Ljungberg as their new temporary manager and he has promised to do all it takes to make the team great again.

Emery was fired when he came to take the usual training session this morning ahead of their trip to Norwich at the weekend.

When the players were informed that he would be leaving his post as their manager, they were also informed that Ljungberg would be their new manager, albeit temporarily.

Sky Sports’ Kaveh Solhekol, as cited by The Express reports that the Swedish manager had some inspiring words for the squad afterwards.

“After this meeting with Emery, there was a meeting with the players at 10am,” Solhekol reported on Sky Sports News.

“All the first team squad were at that meeting as well as Raul Sanllehi, Edu and Vinai Venkatesham.

“There were told that Emery was leaving the club.

“They were also told that Freddie Ljungberg was going to be taking over as the interim head coach.

“Then Freddie Ljunberg spoke to the Arsenal players, my information is that he told them to stick together.

“He told them that they could turn this around and he told them of course as a former Arsenal player himself, he told the players to play for the shirt.”