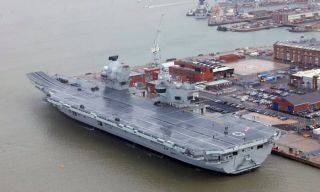 The Top Ten crazy ideas to finish the EPL season

10 Ideas To Revamp Football During The Pandemic by Dan Smith

So, the Premier League will meet again on Monday as they continue to find solutions about the most practical way to have football resume in this country. Over the last couple of weeks, it has caused increasing debate especially with the UK now having the highest figures in Europe because of this virus outbreak.

I myself have become uncomfortable with how some clubs have conducted themselves and feel the image of the game could be in jeopardy.

I don’t want to see any business lose millions and if there is a way to help do that then of course we should try. Yet some owners are acting fairly transparent by how they refuse to be flexible. They refuse to void the season due to how much they would then owe the likes of Sky and BT, yet oppose any idea of a compromise.

I believe some are asking for the impossible because they want to hear that relegation is cancelled, guaranteed money for next campaign. This was meant to be about everyone helping not trying to find an advantage

Some are so desperate for the season to get finished they are willing to cut any corners, no matter how silly. They are not doing it for the fans or to give people some escapism, they are doing it simply so they don’t lose any more revenue.

Neutral Venues
The one you heard a lot as some clubs (mainly those at the bottom) have come out publicly and said they will not be supporting the idea of giving up their home advantage. I can understand why a Brighton, for example, were relying on their 4 games at a packed Amex as their best bet to avoid relegation. Yet this is the one area I can’t see our government bending on. The idea of clubs being able to travel up and down the country to play in front of thousands of people will not be happening this year.

The League want to pick stadiums not close to houses (the public) where ideally you could have three matches a day being played from the same venue. If enough owners vote for this not to happen, I can’t see any other option than voiding the season. So, it might be a case of pick what costs you the less?

Play Crowd Noise
I don’t mind this idea, but instead of crowd noise just have music playing in the background. This idea that fans can almost Skype in so we can watch these bobbing heads watching from home. First of all, why would I want to see that? Secondly can you trust all fans in 2020?

No Celebrating
We have all watched our team score a 90th minute winner and their emotion leads to them taking off their shirt or diving into the crowd. That’s because they are human beings who care. Yet now players will be encouraged to ideally not celebrate. They can tug and pull each other at set pieces but not when you score a goal? How robotic footballers will look when they score then simply walk back to the halfway line? Sorry, but if someone told me it’s not safe to high five my mate I would ask, ‘Are you sure we shouldn’t be at home right now?’

No Talking?
Some complain about the idea of neutral venues but nothing challengers the integrity of a game more than the idea that you could get booked for talking. Don’t underestimate how hard it is not to chat to yourself, yet alone your teammates, in sport. Think of the best defensive display you have ever seen. Do you think a centre back can marshal his back 4 without communication? Surely if it’s too dangerous to speak it’s too early to be playing?

Wear Masks
I think this might be a step too far for the Premiership and their precious image.
Deep down we know the truth, let’s use players like puppets to save losing money, but they at least have to pretend they believe this is safe. Good luck claiming you’re doing this so your fans can have escapism because watching footballers wear masks would simply remind me how they should be safely at home. Having people wear masks would send such a horrible message to the world.
A message that says ‘look, we found a loophole how to get around this deadly virus.’

Maybe Aubameyang can wear his Black Panther Mask? Hey, they could all dress up as the Avengers.
I would laugh if it wasn’t so sad

Shorter Halves
Some clubs are missing the point of this pandemic. Meetings are happening to find solutions to save clubs losing millions do not find any kind of advantage we can get. For years we have had a new generation of managers complain about the Christmas schedule and the FA Cup because apparently players can’t play 2 games a week anymore, even though the best sides usually win Doubles and trebles.

With the title won Klopp played a weakened team in the Cup to get an advantage in the Champions League. They lost meaning that the rest made zero difference.

Most clubs have 9 games remaining which they believe can be fulfilled within 27 days.
So, for one month’s you’re asking elite athletes, rested since March, to play every 3 days, a schedule those in Europe follow (Wednesday – Saturday – Tuesday). If they can’t do that, tell UEFA you can’t meet their July deadline. Don’t try to change rules that have lasted decades

Noise App
Kind of contradicting myself but I think this is taking things a bit too far. Seeing an opportunity to make some money, there is an app being offered to clubs where fans can have 5 choices from their phones or tablets. Depending on what button they hit, a clap, cheer, boo, whistle, or laugh will be played in the stadium. It would be like the 2010 World Cup with those crazy instruments, but worse. If it catches on though someone is about to make a fortune.

Big Brother
This was an idea I heard about a month ago which went quiet when everyone realised how many people you need to run a live game of Football. The proposal was to use St Georges Park because it has numerous pitches meaning you could play more than one match at a time.

Three or 4 hotels would be used to keep all squads in isolation away from the public. Players would have been doing the same at the Euros anyway. Then whoever had this brainwave remembered how many staff each club has, the amount of officials, security, coach drivers, camera people, pundits, police, ambulance staff and medical experts you need to include, so do you house all of them as well for a month. Keep them away from their families against their will? I bet some owners are gutted. What another great way to make money, an Amazon documentary watching Arsenal and Chelsea living with each other?

Play Abroad
I normally like listening to Gary Neville as a pundit, but he really didn’t think this one through when he suggested we find a country less affected by this virus, and rock up there for a game of Football. Listen, most countries who are lucky enough not to have had to deal with this pandemic are not thinking of their locals if they invite footballers representing the worse death rate in Europe to suddenly fly over. I don’t want to play politics, all I will say is; yes there are countries who would see the financial reward to play host, but you would be selling your morals

Play On An Aircraft Carrier
Obviously, this is silly but so much you would kind of love to see it. I heard this idea the other day. Not content in keeping squads in isolation and away from their families, we kidnap them and ride to the middle of the ocean. Apparently, there are ships big enough for a few pitches and players can’t spread the virus with the public because they are at sea. As a spectacle it would be amazing.

Any crazy ideas you have heard Gooners? Maybe you agree with some I have mentioned?