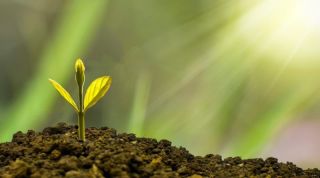 “There are incentives on a variety of levels,” Expert says Arsenal smart after making this move

Finance expert, Kieran Maguire has praised Arsenal for their decision to join the UN’s Sports Climate Action Framework, and says it will help them get more sponsorship opportunities.

The Gunners are one of the teams to have joined the framework, and Maguire told Football Insider that they would reap benefits from it.

Hector Bellerin is one of the players who have supported green ventures throughout his football career.

He is some kind of a poster boy for green causes, and now that Arsenal has joined him, the Gunners could be one of the teams to look up to in terms of green initiatives.

Maguire says Arsenal has done their image a world of good by joining the initiative and they will be one team considered for sponsorship in that arena.

“There are incentives on a variety of levels,” he told Football Insider correspondent Adam Williams.

“First of all, from the sponsorship point of view, if you’re trying to attract sponsors who are familiar and supportive of greener projects and more environmentally friendly institutions, that’s a tick in your box. You’re more likely to get that deal over the line.

“If two teams are competing for a commercial deal and one of them has got a green tick in terms of climate change and the other one hasn’t, you’re more likely to get it.

“Secondly, from a corporate governance point of view, Arsenal do see themselves as progressive. A significant portion of their fanbase, particularly given the gentrification of football fans in general, will be sympathetic to these kinds of ideals provided it can be done at a relatively low cost.

“With the coronavirus pandemic affecting their finances, Arsenal will be on the lookout for the opportunities in the green space that they can cash in on.

“When I looked at the Brighton annual report, there was a whole page on green initiatives. That shows you the direction we’re headed.”