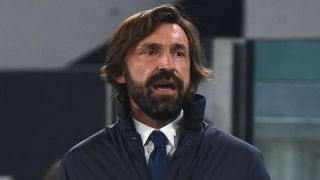 Some Arsenal fans think Andrea Pirlo might replace Mikel Arteta after the former Juventus manager reportedly said he was in London.

The Old Lady sacked Pirlo at the end of last season after he struggled to get them into the Italian top four. They had won the previous nine league titles.

For a rookie manager, he still finished the campaign with the Italian Cup and the Italian Super Cup, which are good first season achievements, but are they good enough to make him the next Arsenal manager?

The Gunners have made their worst start to a season in decades, with Arteta now under pressure to get them a first win of the campaign as soon as possible.

Considering that they have spent the most money by all the clubs in the Premier League this season, it is understandable that some fans now think he should be sacked, and Pirlo’s trip to the English capital has got them believing he will replace the Spaniard.

Pirlo posted on social media that he was in England with the caption: “London Calling”

“Here we go, Arsenal’s next manager.”