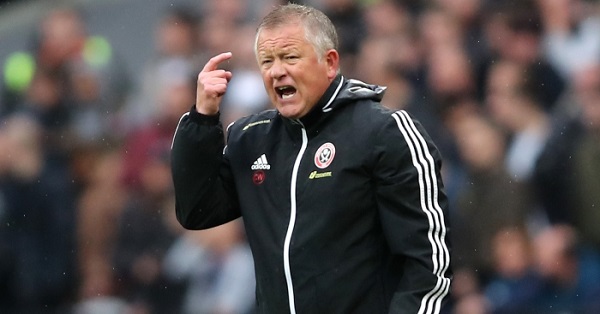 Chris Wilder has praised Arsenal for their all-around performance in the win against Leicester City.

The former Sheffield United manager was pleased to see Mikel Arteta’s side doing all the right things required of them in the match.

“I thought Arsenal were outstanding all over the pitch,” Wilder said on the BBC as quoted by HITC.

“They had everything, they put their bodies on the line, two centre-halves were excellent. They changed it tactically when they had to. The spirit of the team was superb, the keeper made saves, so everyone contributed on what was a great day for Arsenal.”

This win showed several things that are right at Arsenal and it can only get better.

However, we need to watch out for complacency now and ensure it doesn’t creep into the squad.

The absence of European football means we could easily go on a winning run considering that our players would get enough rest on weekdays.

Arsenal’s next match is against Watford before we face Liverpool.

If we can beat the Hornets and the Reds, this team could easily finish inside the top four, as long as none of our important players gets injured.

For now, we celebrate the win against the Foxes and wait for the next team to conquer.

“What his character is about” Strengths of this Arsenal star highlighted by man that knows
9 November 2021, 20:00

“That lovely glow of a result against a top side” Wilder looking forward to Arsenal clash
3 October 2020, 23:00