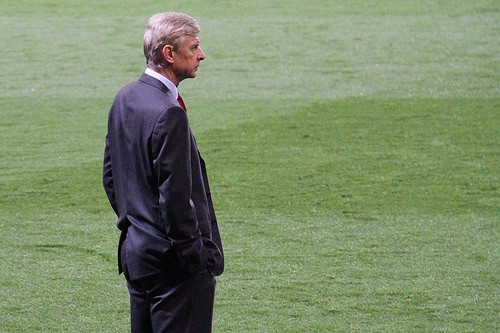 One key reason why it went wrong for Wenger.

As all Arsenal fans are aware, Wenger’s time at the club can be split almost perfectly in half. A decade of success, progression, and evolution, followed by 12 years of mostly failure, regression, and de-evolution.

There is no one defining reason as to why it all went wrong for Wenger, with there being many internal and external factors responsible for our decline, and some point out Wenger’s control. However, there is another, barely mentioned factor that played a major role in Arsenal’s regression. It almost never gets discussed amongst pundits, and journalists, and it even goes under the radar for many Arsenal fans as well. I am of course talking about Wenger’s tactical changes.

Wenger’s philosophy remained the same throughout his tenure, but he changed the formation, and tactics because of the emergence of Fabregas. Citing that Cesc would be best suited in a midfield three. In regard to Cesc, Wenger was right, as he put in consistently world class performances in poor Arsenal teams. The team however, suffered overall, because Wenger had now moved away from a system that brought him so much success.

We had gone from a counter-attacking, aggressive, physically imposing team, to a possession based, timid, ultra-attacking side. Wenger traded big, powerful players, for weak, smaller, technical players, and we abandoned any semblance of defensive responsibility, something that was so strong before. As we all now know, Wenger’s changes were absolutely disastrous, and the team became a shadow of its former glorious self, and quite quickly. One thing that still baffles me to this day, is why didn’t Wenger go back to what brought him all that success early on? Especially once Cesc had left. It should also be noted that manager’s very rarely make long-term wholesale tactical changes, especially when their previous approach was working. Many have said Wenger was too stubborn and stuck in past (maybe so with the coaching side of things), but it was actually the opposite. He tried to evolve the way his team played, and that was his downfall.

Despite what some may think, this is not a thinly veiled dig at Wenger. I just wanted to open this topic up for discussion because it’s hardly ever talked about. These tactical changes played a pivotal role in our regression, and it needs to be acknowledged, and analysed a lot more than it is. Every excuse under the sun is used to try and exonerate Wenger, especially the financial excuses, but this is a prime example (one of many), that has nothing to do with money, and everything to do with Wenger.