“They need something more, quickly” fans agree with journalist after loss to Spurs

Arsenal fan and journalist Charles Watts watched as Arsenal suffered yet another defeat at the hands of Tottenham this afternoon.

The Gunners have had a busy summer transfer window, but their preseason games haven’t been as good as their fans would want.

The defeat to Tottenham is one that is hard for most of them to take and as it is very close to their season opener, fans can easily see that it may not be as good a campaign as they hope.

Watts, who is Arsenal’s correspondent for Goal.com took to Twitter to voice his conclusion for the match.

He claimed that in both matches against Chelsea and Tottenham, they started very well and dropped their levels in the second half.

He made special mention of their performance in the final third, with Pierre-Emerick Aubameyang still struggling for form at the moment.

He then urged them to do something quickly even though the performance isn’t surprising since it’s from the same attacking players.

He tweeted: “Arsenal end pre-season with defeats against Chelsea & Tottenham. They were good in the first half, average in the second. Same old story in the final third. No surprise really considering it’s the same attacking players out there. They need something more, quickly.”

Some Arsenal fans seem to agree with him, here are some reactions:

Auba is beyond finished I don’t know why that is a hot take and why fans believe he will miraculously become the player he was over a year ago. Needs to be replaced and phased out immediately.

Can you tell Arteta to sign some attackers in the interview?

Can we acknowledge the Auba problem ?
He’s not running, not going for it … he’s invisible.
He’s unfortunately remind me of Ozil.

Its official arsenal are finished #artetaout

“Leicester have officially replaced Arsenal as the new Top 6!” Some Arsenal fans react to defeat to Tottenham
8 August 2021, 19:00 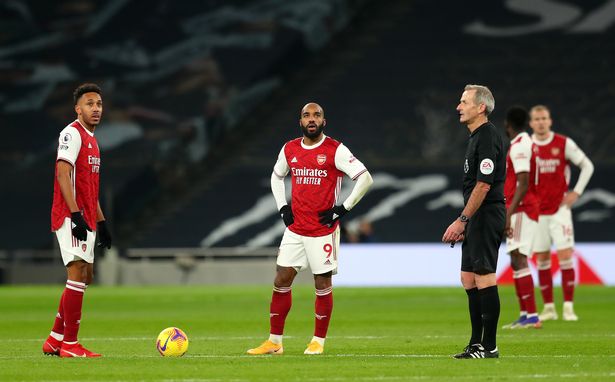