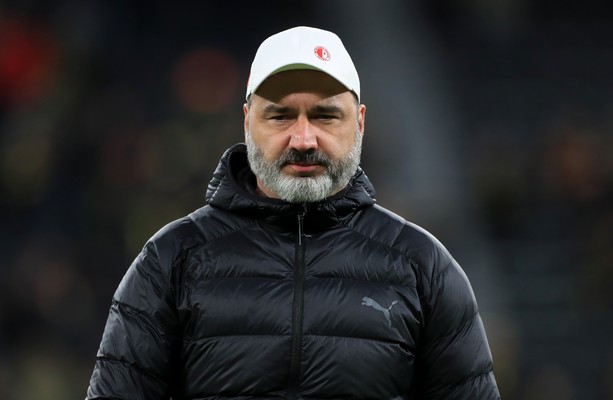 “They were much more dynamic, faster, more mobile than we were.” Slavia manager admits that Arsenal deserved their win

After his team had earned a morale-boosting 1-1 draw at Arsenal last week, he would have been confident that they would complete the job at home.

They had not lost a home game in about 18 months and no one could have predicted the Arsenal that would turn up.

But it was arguably Mikel Arteta side’s biggest game of the season and they played the match as if they knew that.

Their speed, aggression and determination in the first few minutes of the game rattled their opponents and helped them race into a three-goal lead before half time.

Slavia Prague could not recover from that onslaught and Alexandre Lacazette scored another late goal to make sure it was a job well done.

Speaking after the game, Trpisovsky said Arsenal were simply the better side.

“Arsenal were better (than us) at everything. They deservedly advanced (to the semi-finals),” said an understandably disappointed Trpisovsky via Isport.

“In particular, they were extremely good at moving the ball. We had an empty tank, we were not able to move as before in matches.

“They were much more dynamic, faster, more mobile than we were.”