Arsenal has been linked with a move for Ghanaian midfielder, Thomas Partey for a long time now.

The box-to-box star plays for Atletico Madrid in the Spanish top flight and the Spaniards are not willing to let him leave.

He has been one of their finest players in recent seasons, but he has strong interest from Arsenal.

The Gunners want to bolster their midfield options at the moment and Partey is one player that they like.

The latest reports claim that he has rejected a new contract offer from the Spaniards and they have accepted that he will eventually leave them (TeamTalk).

Arsenal has been busy strengthening their team in this transfer window, but the Gunners haven’t signed a midfielder yet.

They need to sell some players before making a move for him as Atletico have told them he will only leave if his release clause is met.

It seems that the Ghanaian will love to be a Gunner in the coming season and his recent social media activity will have the Arsenal fan base excited.

Goal.com tweeted about the midfielder and captioned the post: “Thomas Partey is going to be a star.”

An Arsenal fan retweeted it with a comment saying: “Going to be? He’s already a star,” his comment was liked by the midfielder. 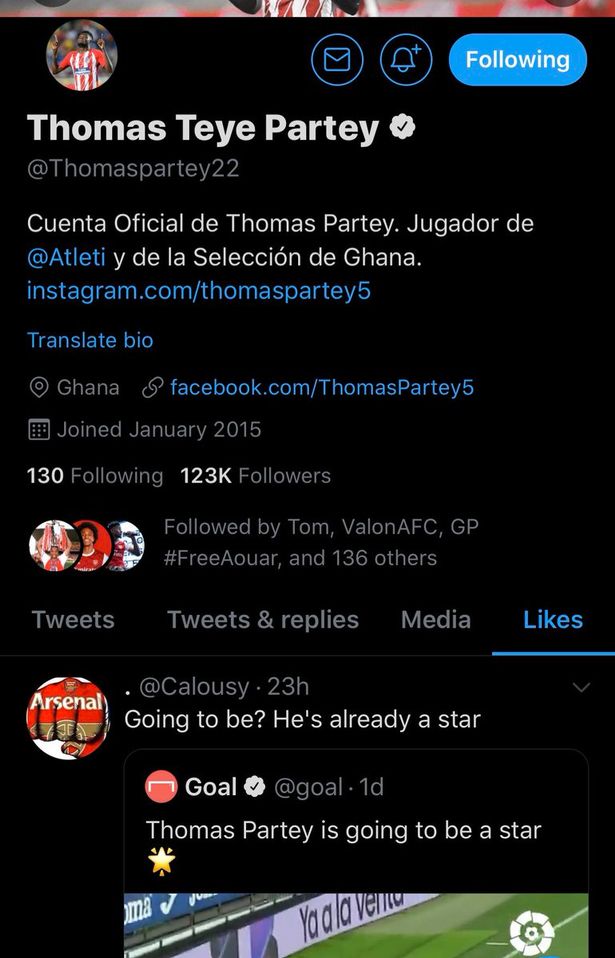