Arsenal will end this season outside the top six and that will be their worst position on the league table in more than 20 years.

Some fans believe that Mikel Arteta has done a very fine job since he became the club’s manager, yet he has been unable to inspire them to break into the top six this season.

They do have an FA Cup final game to look forward to and that game would help them get back into Europe if they can win it, but their league position wasn’t what many would have predicted at the start of this season.

After they reached the final of the Europa League last season, the Gunners were expected to end this season inside the top four at the very least.

Pundits usually try to predict the outcome of the league table at the start of every season, and this season was no different.

Sun Sports has done a throwback of the predictions by some of the most popular pundits in the game when the season started, and Arsenal seems to have failed at least two of them.

Graeme Souness, Gary Neville, Jamie Carragher, Rio Ferdinand, and Martin Keown all predicted how the Premier League table would look like when this season ends.

Carragher and Keown were the only pundits who predicted that the Gunners would finish this season inside the top four, and both of them have been proven wrong by the Gunners’ poor season. 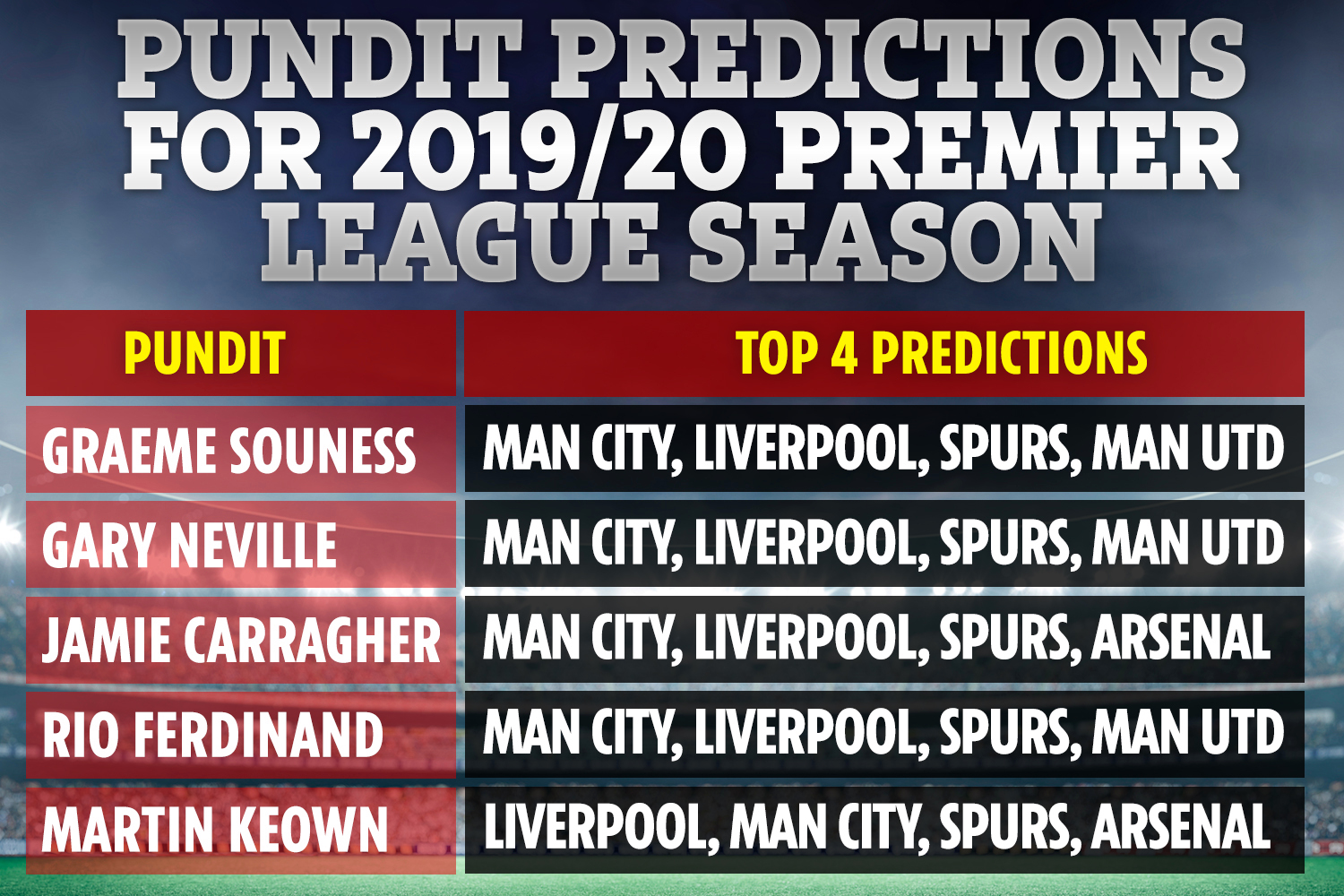