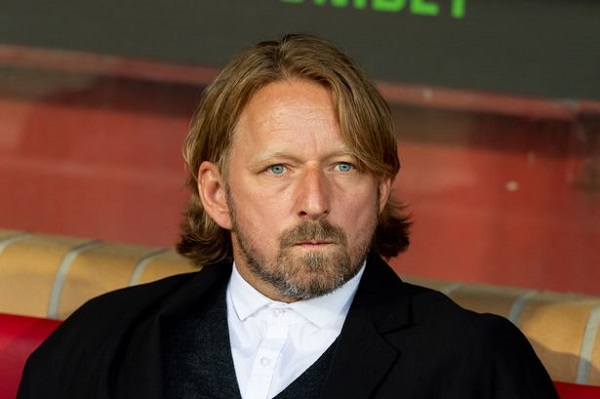 ‘To be quite clear: I don’t feel ashamed of any of those transfers’ Mislintat defends his Arsenal transfer record

Sven Mislintat has defended his ill-fated stint as the head of recruitment at Arsenal, despite most of his signings turning out to be flops.

The German was the Head of Scouting at Arsenal between the end of 2017 and the start of 2019.

He helped the club land the likes of Pierre-Emerick Aubameyang, Sokratis Papastathopoulos and Matteo Guendouzi.

Among his signings, Aubameyang and Bernd Leno are the only players that are still making a contribution to the team.

Despite the failure of most of his buys, he insists that he doesn’t regret the players that he brought to the Emirates.

Instead, he says he would always defend them because they had the ability to contribute to the team.

He boasted that the signings helped the Gunners reach the final of the Europa League, went unbeaten in 22 games, and amassed a total of 70 points.

Adding that he felt things were going well before his exit.

Mislintat to The Athletic: ‘To be quite clear: I don’t feel ashamed of any of those transfers, on the contrary, I will always defend these guys. Not because they were my players but because they were Arsenal players and capable ones.

‘They were my players but because they were Arsenal players and capable ones. They turned up. The team went unbeaten in 22 games in all competitions, made it to the Europa League final and finished fifth with 70 points.

‘You can say that’s not good enough. But many teams would love to finish fifth now. I felt that we were on the right track and I would have enjoyed the opportunity to develop further at Arsenal.’